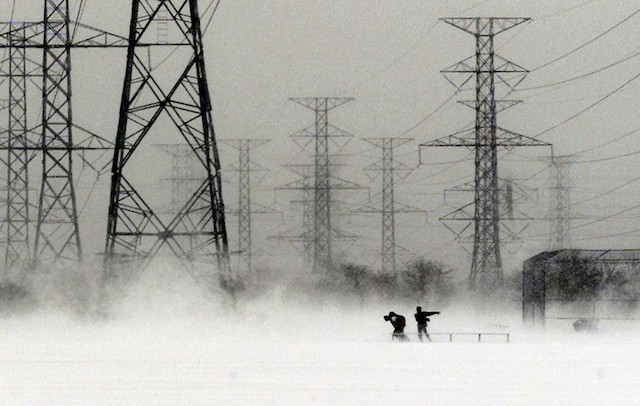 15th
Landslides triggered by heavy rains killed at least 24 people in the mountains above Rio de Janeiro and prompted Brazilian President Dilma Rousseff to call for tougher action to eradicate precarious dwellings. Firemen recovered the bodies of three children who were swept away by floods in the worst hit neighbourhood called Quitandinha, a suburb of Petropolis, where dozens of homes were demolished by the landslides. Most of the dead, including two civil defence rescuers, were buried under landslides caused by 420 mm of rain that fell on the mountainous region in just 24 hours, almost double the rainfall average for the month of March in the area.

18th-19th
Several southern states are cleaning up after powerful winds and massive hail hammered the region. Mississippi’s insurance commissioner says the wind and hail storm that hit the state could result in 35,000 to 50,000 insurance claims. A lot of the damage was in the Jackson area, where hail as big as baseballs pounded some spots. The National Weather Service confirmed one tornado in Georgia and two in Alabama. Authorities also reported that a man was killed in after a tree fell on his vehicle.

19th
Snow whitened parts of the northern U.K. as winter’s cold lingered over Europe. In Scotland, more than 100 schools shut their doors. Airport workers were dealing with snow at the Aberdeen and Edinburgh airports, while Inverness airport was shut for a time due to snow. Many of the affected schools were in NE Scotland.

21st
A blizzard sweeping across the Canadian plains caused a chain of traffic wrecks involving a bus, semi-trailer trucks and cars south of Edmonton, Alberta, sending about 300 injured travellers to hospitals. The Royal Canadian Mounted Police closed part of Highway 2, the main road between Edmonton and Calgary.