Wellington landslip – Houses fate up in the air 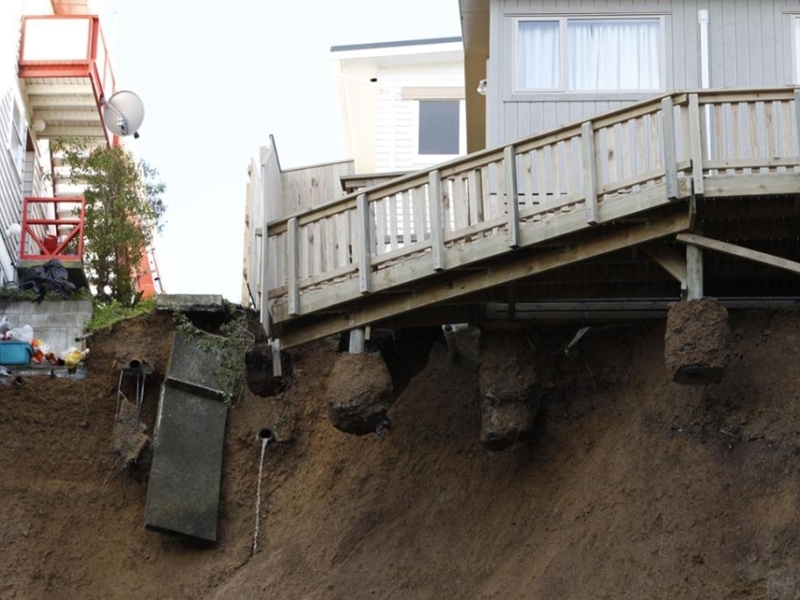 Two houses perched precariously on the edge of a huge landslip in Wellington may never be safe to live in again, the council says.

Residents of Priscilla Cres and Breton Grove in Berhampore reported hearing loud rumbling sounds as the face of a hillside came crashing down about 4.30am yesterday.

The slip forced the evacuation of eight homes and the Kilmarnock Heights Rest Home, which has an access way in the path of the slip.

Wellington City Council spokesman Richard Maclean said rest home residents were given the all-clear to return yesterday, but about 30 residents of private dwellings had to stay in emergency accommodation last night due to fears the slip could move again.

He said two properties on the edge of the slip, which was estimated to be 40m wide and 150m long, were now in a precarious state with their foundations exposed.

“They’re in a dangerous condition.”

Mr Maclean said it was not yet known whether those houses could ever be occupied again.