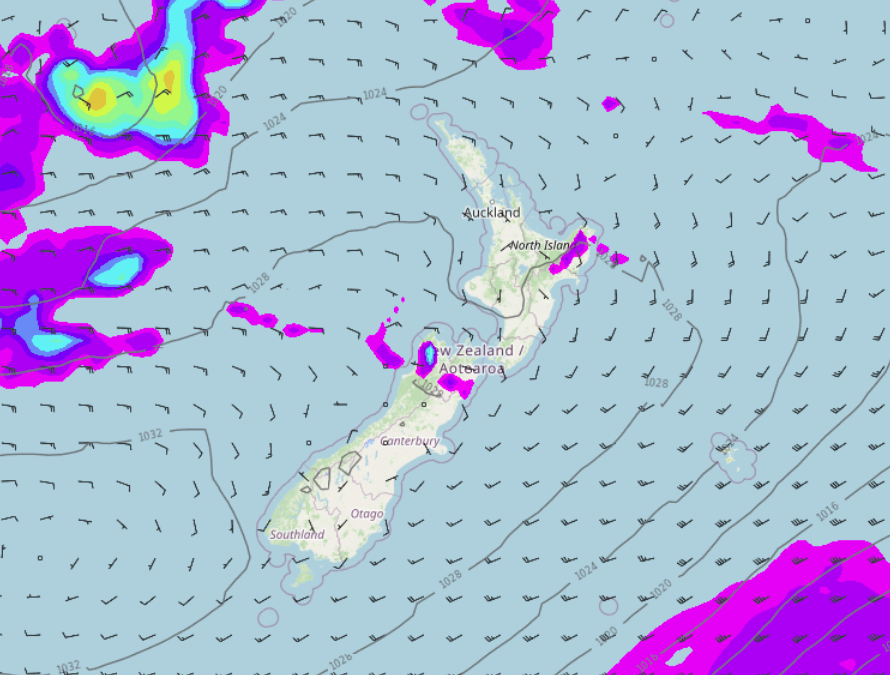 New Zealand is covered by a large high pressure system today, conditions are mainly settled but we do have a decaying front for the North Island which brings cloud and drizzle in the east. Canterbury northwards in the east has some cloud too with drizzle this morning in some spots.

Northland, Auckland, Waikato & Bay Of Plenty
Sunny areas and some high cloud, southeasterlies tending to the east in the afternoon and freshening. Cloud thickens later in the evening bringing a light shower or two.
Highs: 19-23

Western North Island (including Central North Island)
Morning cloud, a few afternoon sunny spells. There may be a morning shower in the ranges to the east then clearing. Southeasterly winds, afternoon westerlies possible for northern Taranaki.
Highs: 16-19

West Coast
Mostly sunny, some cloud at times, more so for Buller with the risk of an isolated shower this afternoon. Light winds tend west to northwest in the afternoon
Highs: 16-18