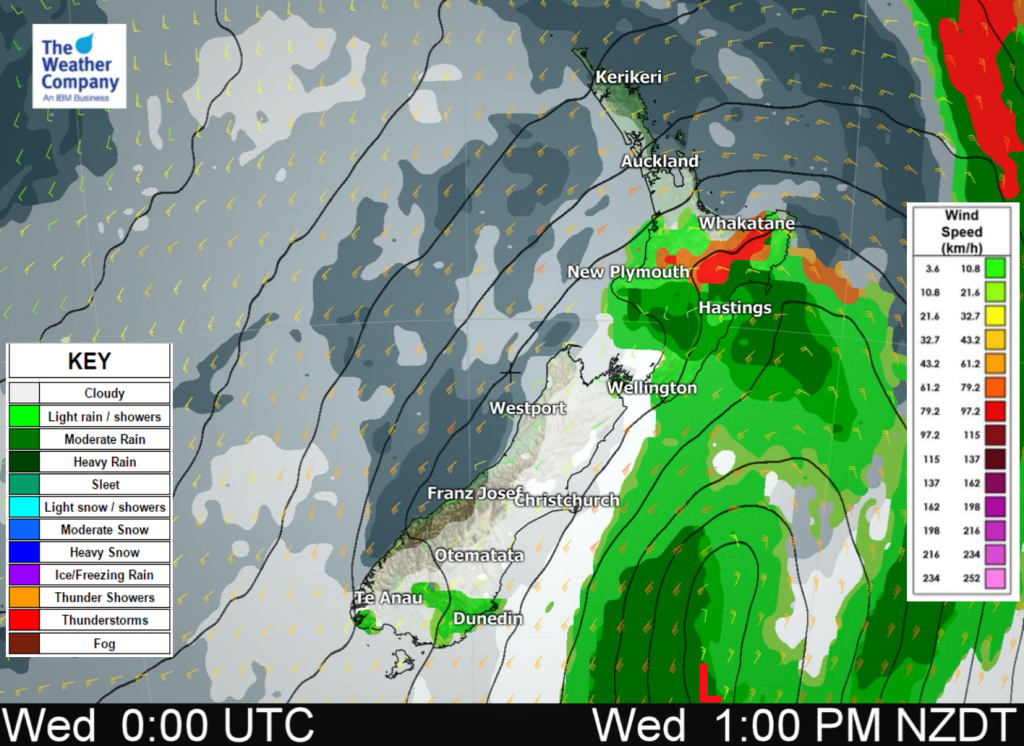 A southwesterly airflow lies over New Zealand today, rain about the upper South Island may be heavy this morning then easing. Same goes for the lower North Island, rain may not ease about the east coast of the North Island till evening.

Western North Island (including Central North Island)
Rain, easing to showers in the afternoon then clearing evening. Southwesterlies die out in the evening.
Highs: 14-18

Marlborough & Nelson
Morning rain with heavy falls then clearing around midday with sun breaking through. Isolated showers move through late afternoon / evening with the chance of a heavy fall then clearing at night. Southerly winds tend onshore in the afternoon.
Highs: 16-19

Canterbury
Sunny areas increase, early rain about North Canterbury clears away. Cloud builds from afternoon about inland areas then expect isolated showers to develop, some may even become heavy with some hail then clearing at night.
Highs: 15-17

West Coast
Sunny spells, some morning rain about Buller clears away. The odd shower may push back in at times from afternoon. West to southwesterly winds.
Highs: 15-19

Southland & Otago
Cloudy areas with the odd shower about Southland, Otago has a mix of sun and cloud, the odd shower. Southwesterly winds, breezy about the coast.
Highs: 13-17