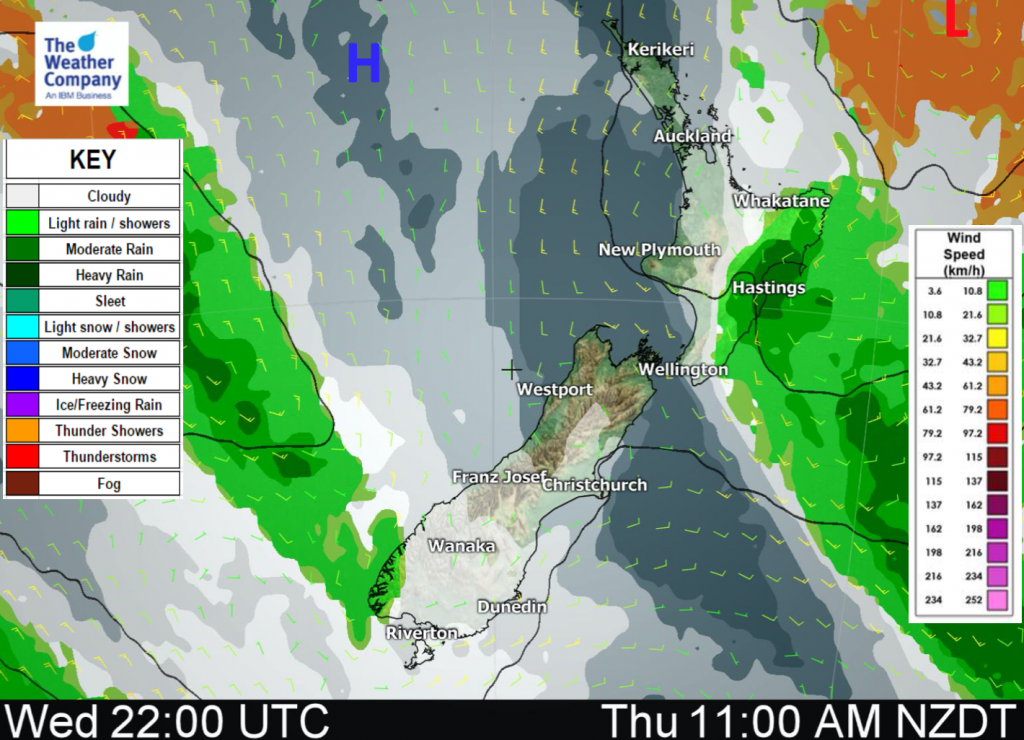 High pressure brings mainly settled weather today, a chance conditions may turn unstable about inland parts of the South Island during the afternoon.

Northland, Auckland, Waikato & Bay Of Plenty
Mostly sunny, some high cloud from afternoon. Southwest breezes for most, light winds for the Bay Of Plenty.
Highs: 22-26

Canterbury
A mix of sun and cloud, becoming mostly sunny near the coast in the afternoon. Inland parts of South Canterbury sees isolated showers late afternoon / evening, a chance one or two of these may become thundery then clearing at night. Light winds tend to the south around midday then east during the afternoon.
Highs: 18-23

Southland & Otago
May be a morning shower about Southland and coastal Otago then some sun breaks through from afternoon (more so for Southland, coastal Otago may stay fairly cloudy). A mix of sun and cloud for Central Otago, isolated showers late afternoon / evening (especially about hills / ranges). A low risk showers may become heavy with thunder about inland north Otago then clearing at night. Light winds.
Highs: 15-22