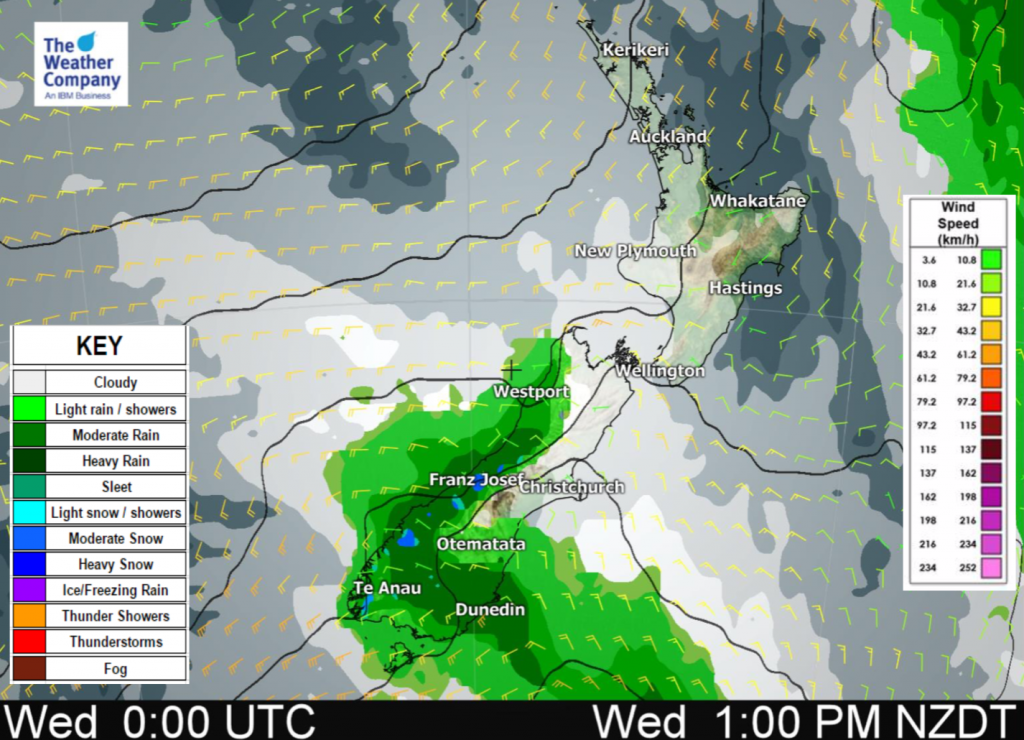 A northwesterly airflow builds over the South Island today ahead of a cold front which hits Southland around midday then reaching central New Zealand around midnight. A southwest airflow over the North Island gradually eases, tending westerly later in the day.

Northland, Auckland, Waikato & Bay Of Plenty
Some cloud and the odd shower, mainly afternoon. The Bay Of Plenty has a dry day with mostly sunny weather. Breezy southwesterly winds.
Highs: 17-19

Western North Island (including Central North Island)
Cloudy areas, the odd shower possible from morning about Taranaki then elsewhere from afternoon, plenty of dry about though. Showers more likely overnight for all as northwesterlies change southerly.
Highs: 14-16

Marlborough & Nelson
Mostly sunny with some high cloud possible, northwesterly winds change southerly later in the evening bringing the risk of a shower for Marlborough. Southwesterlies tend west to northwest in the afternoon for Nelson.
Highs: 19-20

West Coast
Rain, although it may be dry to start for North Westland. Rain may become heavy for a time then easing late afternoon or evening as northwest winds change southwest.
Highs: 14-15

Southland & Otago
A dry start with some high cloud, rain develops around midday with a fresh southwest change. Rain eases back to a few showers in the afternoon.
Highs: 13-19