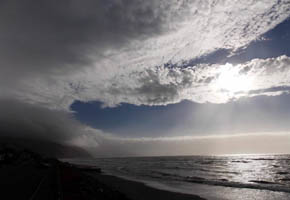 A gentle southwest flow will drop out in many inland areas tonight, combined with clear skies this means frosty conditions. The odd shower affects the lower South Island and western North Island Auckland northwards overnight. Showers about the east coast of the North Island mostly clearing away this evening.

Mainly clear with a few clouds about, mostly later this evening with the chance of a shower especially out west. The odd shower may continue overnight.
Southwesterlies ease this evening.
Tonight’s Low: 4

Mainly clear skies with southwesterlies easing away this evening. About
southern parts of the Central North Island cloud and any remaining showers clear
away this evening.
Tonight’s Lows: -2-0

Generally clear skies for the majority of tonight with light winds however
around midnight there may be some cloud and the chance of a brief shower.
Tonight’s Lows: 1-2

Areas of cloud develop later this evening, chance of a shower mainly in the
south of the region. Light west to southwest winds.
Tonight’s Lows: 0-1