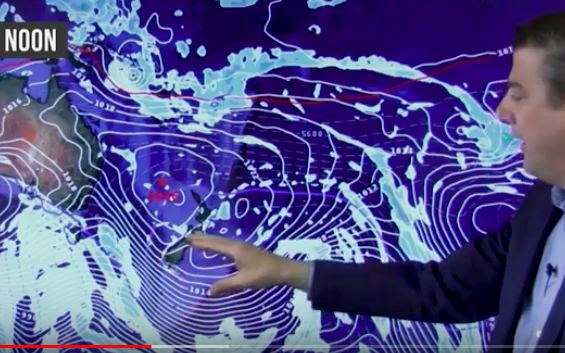 NZ has warmer weather on the way, Typhoon Trami nears Japan plus we have an out-of-season tropical cyclone just north west of New Zealand.
Firstly New Zealandâ€™s weather is about to warm up but not before one last cold night on the way tonight. After Friday morningâ€™s cold start the weekend ahead is looking warmer than average with a burst of norâ€™westers and rain moving up the South Island and somewhat into the North Island.
Meanwhile north west of NZ and north east of Australia we have an early out of season tropical storm which has some chances of reaching tropical cyclone status. ((Please note, since recording this video the cyclone the Fiji Met Service has activated and named this storm Cyclone Liua and it is now Category 1 strength)).
We also take a look at Typhoon Trami as it nears Japan. The once super typhoon looks to veer north and bring rain and wind to Japan just weeks after a deadly typhoon (Jebi) passed through. We have the latest.