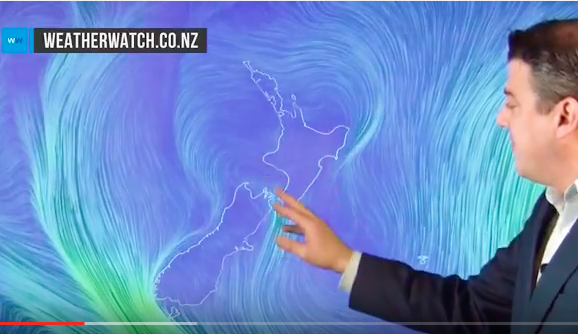 A large high remains fixed over the country, especially the North Island, bringing a cool start to Wednesday but a mostly dry day ahead for much of New Zealand.

Thursday looks similar although some rain around Fiordland will spillover into Southland and Otago. A few downpours are also expected in the upper North Island in the afternoon.

This pattern looks similar through Friday and Saturday too, but on Sunday winds increase and become strong in a few areas (from the sub-tropics) with a new low forming in the Tasman Sea and moving in to the country later in the day or at night.