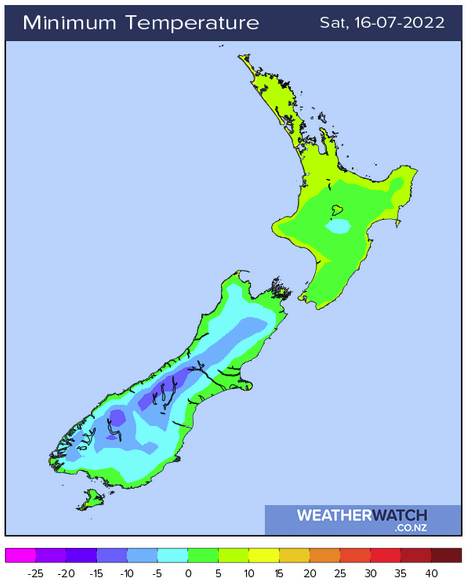 
HEAVY RAIN FOR THE WEST COAST ON SUNDAY

A northwesterly airflow builds over New Zealand on Sunday. The North Island has a dry day after any early showers for Northland and Auckland clear, partly cloudy skies in the west and sunny weather in the east.

The South Island has showers for the West Coast, turning to rain in the afternoon for South Westland and becoming heavy before pushing further north in the evening. The east coast has a dry day with sun and increasing high cloud.

Thunderstorms may move into Fiordland later in the day. The West Coast on Monday could have even heavier rain with thunderstorms.

Temperatures in the east should be a little warmer than the last few days.

A cold front later on Monday and into Tuesday pushes northwards over the South Island, very heavy rain in the west ahead of this front, strong north to northwesterly winds ahead of it also. As winds change to the south on Tuesday and push up the east coast rain or showers follows and temperatures drop, so this means snow for the South Island ranges on Tuesday, possibly getting as low as 400m.

Very cold upper air looks to force over the upper North Island on Wednesday afternoon, this brings a chance of thunderstorms and hail. Something to keep an eye on if current projections stay consistent.