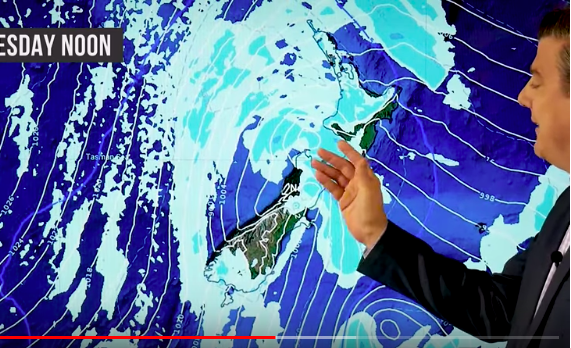 The main headline this week is that temperatures are about to be knocked back by several degrees across the entire country over Wednesday and Thursday.

We have heavy snow in the mountains and ranges of both islands, mainly the South Island, also heavy rain for the West Coast.

Strong westerlies kick in on Friday and this weekend with gales in exposed areas. While the strong winds will be cold for some regions others, mainly in the east and north east, may have sunnier and milder weather by then.