Home > News > USA: Tens of millions in path of tropica...

USA: Tens of millions in path of tropical storm 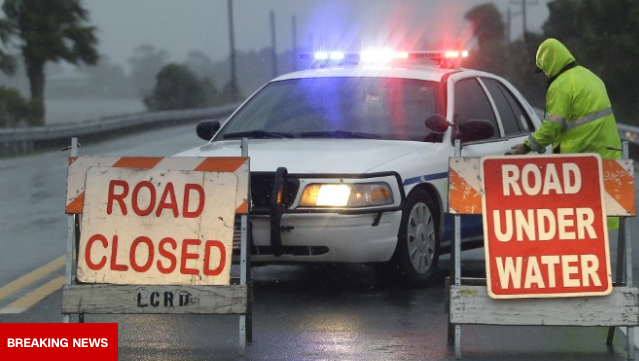 Happening Now — Hurricane Hermine made landfall in Florida with a furious mix of rain, whistling winds and surging waves — then weakened into a tropical storm as it wobbled toward Georgia.

Hermine, which had maximum sustained winds of 130 km/h, was the first hurricane to come ashore in Florida since Wilma struck 11 years ago.

It made landfall in the Big Bend area, a part of the coast where the state’s peninsula meets the Panhandle.

In Tallahassee, more than 70,000 utility customers were without power as winds and rain lashed the city.

A few hours after landfall, Hurricane Hermine weakened into a tropical storm, according to the National Hurricane Center.
All hurricane watches and warnings were dropped but tropical storm warnings remained for parts of the Florida Gulf Coast, Georgia and up through North Carolina.
By dawn Friday, the tropical storm was 32 kms west of Valdosta, GA, and moving north at 23 km/h, according to the National Hurricane Center.
“This motion is expected to continue today and Saturday,” it said. “On the forecast track, the center of Hermine should continue to move farther inland across southeastern Georgia today and into the Carolinas tonight and Saturday.”
Its maximum sustained winds decreased to 115 km/h, with additional weakening forecast as it moves farther inland.
It may also spawn a few tornadoes in northern Florida and southern Georgia.
More coverage from our partners at CNN

Phew, glad that has eased a little, though it leaves flooding and destruction in its wake.

Not good it may spawn the tornados inland!

Sparing a thought for how Mother Nature wields a mighty power!