USA: Record 176 people stung by stingrays at popular California beach in one day 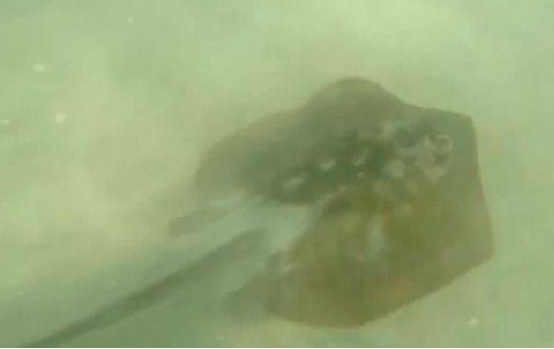 Lifeguards in Huntington Beach, California, were reminding swimmers to shuffle their feet when they go into the ocean after 176 people were stung by stingrays in just one day.

A record number of people were stung on Saturday, authorities told CNN affiliate KTLA. It may sound like a scene from a monster movie, but the rays weren’t on a stabby rampage attacking beachgoers’ lower legs.
Warm weather brought lots of people to the beach during low tide.
“When you have people in the water with lower tides like that, they make their way out to where the stingrays reside and, unfortunately, people step on the stingrays and that’s when they get stung,” Lt. Eric Dieterman of the fire department’s Marine Safety Division told KTLA.
Lifeguards had people soak their injuries in bags of warm water to help ease the pain from the stings.

This is the scene in front of LGHQ as there’s been a rise in stingray incidents. The man on the right was hit on both feet, but he is taking it all in stride. Please remember to shuffle your feet as you enter the water to avoid stingrays. #beachtip

There were fewer people in the water on Sunday after the weather got cooler, KTLA reported, and the number of stings went down.
Dieterman said lifeguards warned people to stay out of the water through Monday.
Stingrays are flat, bottom-dwellers that like to hang out partially covered in the sand in shallow, temperate waters.
Their primary defense is camouflage, but they will sting if stepped on or disturbed. That’s why experts recommend swimmers shuffle their feet when they walk in the water to produce vibrations that scare the rays away.
Stingray injuries can usually be treated with warm water, antibiotics to prevent infections and possibly a tetanus shot, according to SeaGrant California. In rare cases, a doctor may have to remove a stinger if it breaks off in the wound.
Legendary television star and conservationist Steve Irwin died in 2006 when a stingray barb went into his chest while he was filming a documentary in Australia. Huntington Beach resident Lee Perkins told KTLA that he was stung two weeks ago and that the wound got infected.
“It’s definitely a searing nerve pain and it’s pretty intense,” Perkins said. Perkins said he’s grateful that his 10-year-old son, who was swimming nearby, wasn’t stung.
– By David Williams, CNN (WeatherWatch.co.nz is a CNN affiliate)