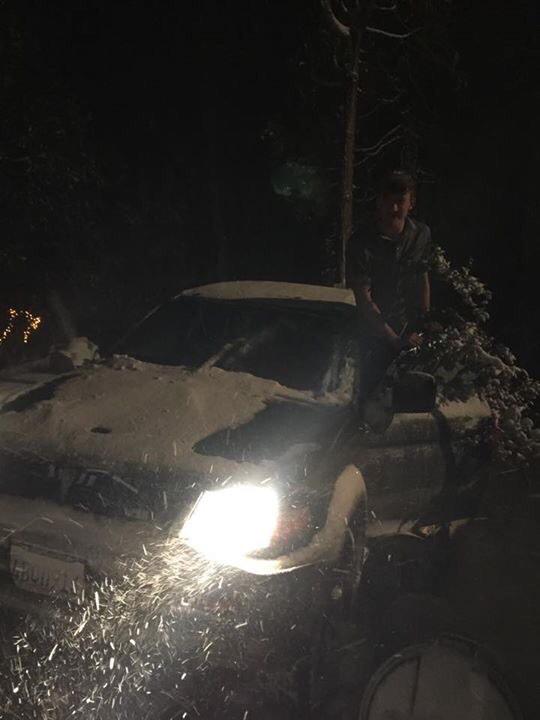 It beats sleeping in your car at temperatures in the teens — maybe lower.

Motorists snowed in on a mountain pass near Los Angeles will wake up Wednesday in a church shelter after fire rescuers ferried all 139 of them down in three snowcat vehicles overnight.

They had gotten stuck near the town of Crestline, when a wreck blocked the road, and snow piled in on top of them, San Bernardino County Fire Chief Mark Hartwig said. Some of them pulled out their phones and called for help.

Cell phone pictures posted to Twitter showed vehicles that had slid off the road.

The all-weather, all-terrain snowcats, which have tank treads, trudged up the highway, the fire department said on its Twitter account. Then they took the motorists down to a local church.

Elsewhere in the San Bernardino Mountains, snow caught at least 25 motorists in their cars. They were also being rescued and taken to a shelter, fire officials said.