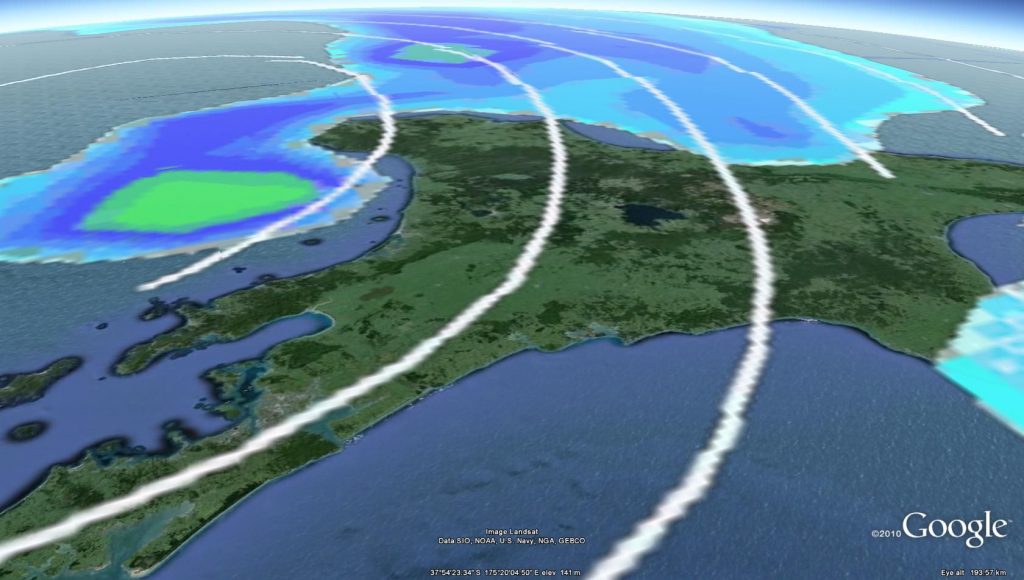 It might not have been a big rain maker but the weekend’s subtropical low brought persistent rain to some eastern parts of the North Island, while areas like Auckland had mostly dry weather with just a few drizzle patches…and now it’s twin is coming.

The dry forecast was due to the south east wind – something WeatherWatch.co.nz talked about last week.  While other forecasters stepped up their rain predictions this past weekend, WeatherWatch.co.nz actually went the other way, specifically addressing the sou’east wind flow.

“The sou’easter in Waikato, Auckland and Bay of Plenty is much like a Canterbury nor’wester, it can be cloudy but warm with only a few spits of rain. That was exactly what we had on Saturday with the ground staying mostly dry all day” said head weather analyst Philip Duncan on Monday.  “Those who followed WeatherWatch.co.nz last week would’ve known the rain wasn’t going to be much in Auckland but that there was a risk”.

But Mr Duncan added that Bay of Plenty was a surprise.   “We thought with the low coming right in to the Bay of Plenty it would bring rain to the region, but instead the low dipped a little further south than exected – tilting the winds south east rather than east, and that simple small motion stopped all the rain, with East Cape blocking it”.

“If the upper North Island was flat everyone would have had rain this weekend”.

As we predicted last week another sub-tropical low is on the way.

Latest models show it looking very similar to the previous low. and arriving, again, on Saturday.

So yet again we may see heavy rain in the forecast but as the winds turn from easterly to south easterly the shut off valve for rain could again kick in to those same northern regions…or the low may be a little closer and bring heavy rain.  We won’t know until closer to the time but the set up does look very similar to this weekend.

“When a low comes out of the tropics it’s like balancing an egg on a roof, it usually rolls down one side or the other – and if it does sit and balance at the top of the country, then wind flow is everythnig as we saw this past weekend.  For example an easterly is wet for Auckland, a slight shift to east-south-east can be dry”.

Mr Duncan says rain and wind warnings are possible ahead of this next low.

The dry weather is concerning for some farmers so early in the season. “WeatherWatch.co.nz has declared an early spring which means windier, warmer, weather is now moving in – and that can be dry. With northern farms dry from lack of rain this winter and a drought at the start of the year we certainly hope this second low brings rain to regions who missed out from the first low” says Mr Duncan. 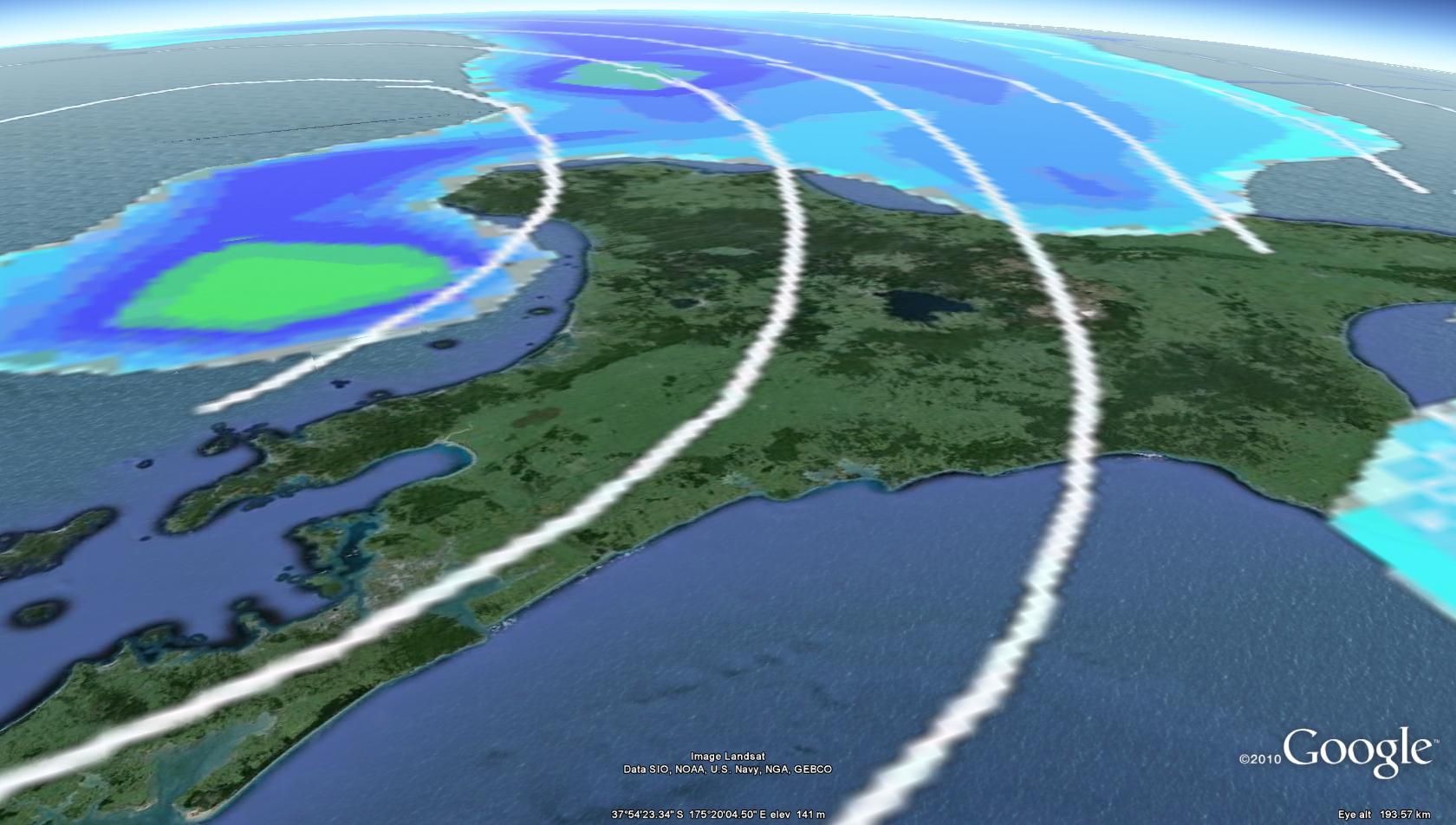 Image – an usual view of Auckland Waikato and Cormandel (front) with Gisborne and East Cape distant.  This was the set up at the weekend – note the heavy rain just east of Auck/Coromandel.  The south east wind flow, as indicated by the white isobars, shows the air flow and highlights how the East Cape and Coromandel Ranges protect Auckland and Waikato from rain with a sou’easter, and how the East Cape / Gisborne ranges protect Bay of Plenty from rain – even though the low is centred there!

The NZ Herald is reporting record temperatures in July. Were any records broken?
It’s been a mild July and will be one of the warmer July’s in recent years but I don’t remember any record high temperatures.