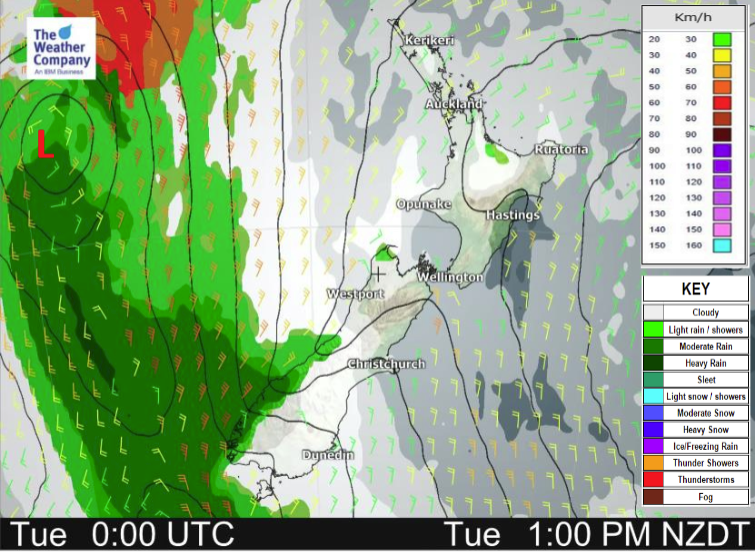 A northerly airflow lies over the country today flowing between an anticyclone to the east and a low pressure system in the Tasman Sea.

Warm temperatures today for many especially in the east lifting into the late twenties or early thirties.

North to northeasterly winds may be a bit breezy in spots, strong to gale about coastal Fiordland. Strong through Cook Strait too.

Northland, Auckland, Waikato & Bay Of Plenty
Mostly cloudy, there may be a shower or two at times especially morning. Some sun starts to break through at times from afternoon. Northeasterly winds, breezy at times.
Highs: 21-26

Eastern North Island
Mostly sunny, there may be some high cloud mainly morning. Northeasterly winds, breezy about the coast in the afternoon.
Highs: 24-29

Marlborough & Nelson
Mostly cloudy skies about Nelson, a few showers at times too. Eastern Marlborough has sun break through at times with mainly dry weather. North to northwesterly winds, breezy in the afternoon.
Highs: 20-26

Canterbury
High cloud but some sun breaks through at times, rain moves into the high country overnight. Northerlies become a little breezy in the afternoon.
Highs: 24-33