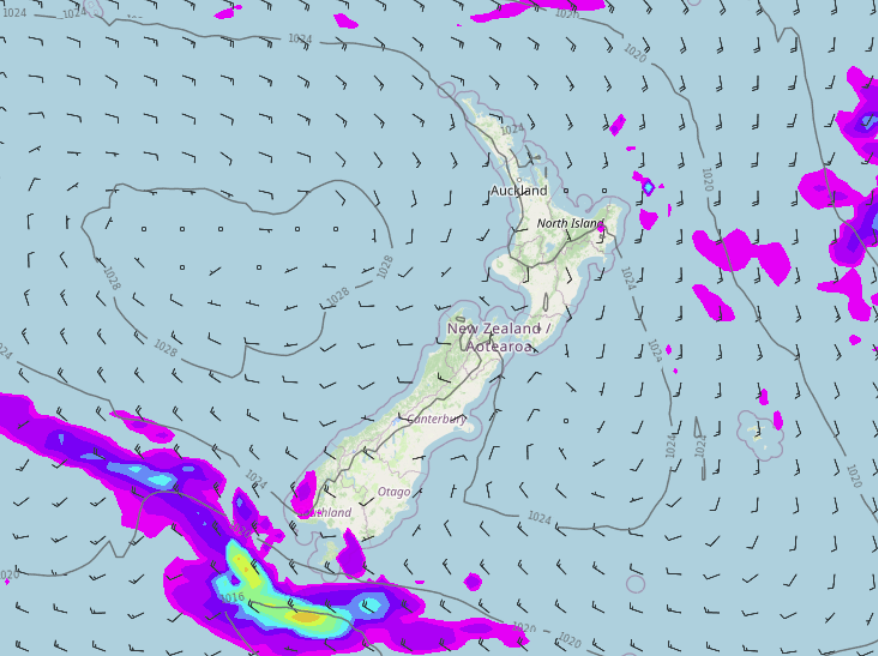 Eastern North Island
Showers clear Hawkes Bay around midday then further north by evening. Sun increases from the south during the day. South to southwesterly winds die out later in the day.
Highs: 20-22

Wellington
Morning cloud clears then mostly sunny, perhaps a touch of high cloud. Light winds tend to the north in the afternoon.
Highs: 19-22

Canterbury
Mostly sunny with some high cloud, a warm afternoon about some inland basins. East to northeasterly winds across the plains.
Highs: 19-27