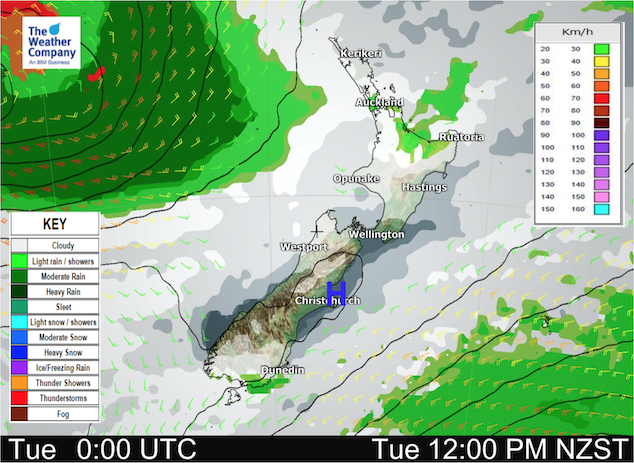 A ridge of high pressure lies over New Zealand today bringing mainly settled weather, skies are not totally cloud free for everyone however.

Northland, Auckland, Waikato & Bay Of Plenty
Cloudy areas but some sun breaks through at times, chance of a spit or shower. The Bay Of Plenty has cloudier skies and a slightly higher risk of showers. Light north to northwesterly winds.
Highs: 13-17