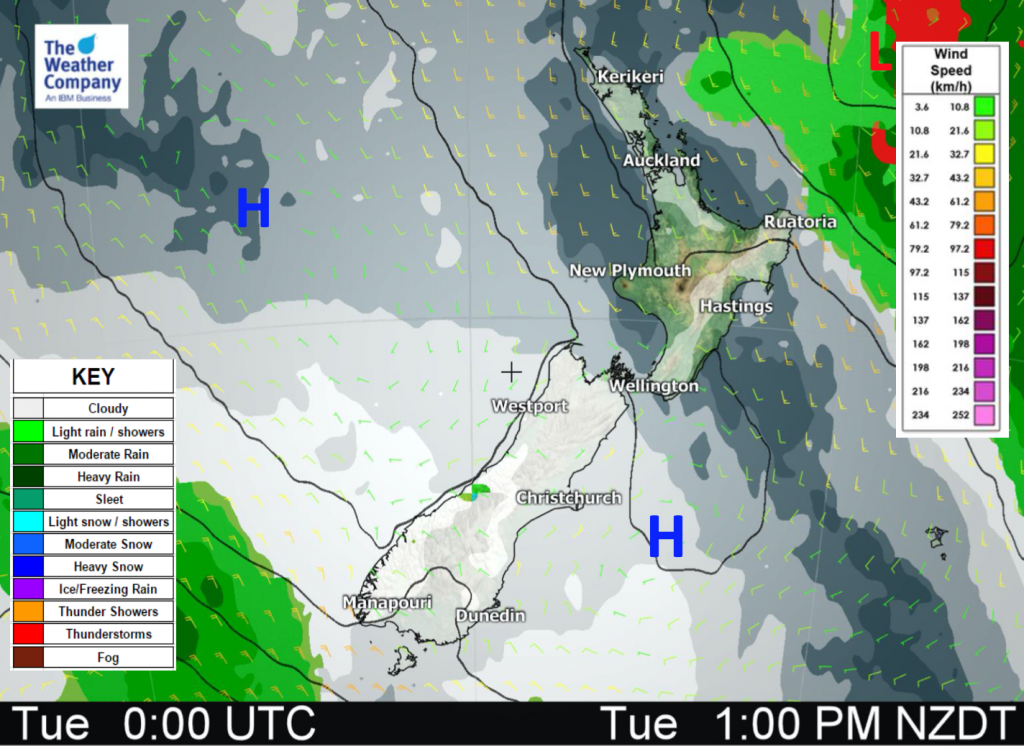 Eastern North Island
Morning cloud with a few showers or drizzle patches about Hawkes Bay and Gisborne then sunny spells increase, southeasterlies die out in the evening. For Wairarapa expect mostly sunny conditions and some high cloud.
Highs: 17-20

Canterbury
A mix of sun and cloud, east to northeasterly winds pick up in the afternoon.
Highs: 18-20

West Coast
A mix of sun and cloud, the odd shower about Fiordland at times mainly morning then again in the evening. Buller has a mostly sunny day with some high cloud. Southwesterly winds.
Highs: 15-20

Southland & Otago
A few morning showers for Southland then afternoon sun breaks through, later in the evening cloud thickens and a few spots of rain / showers move in again. Otago has morning cloud break to sunny spells. Northwesterly winds for most, northeast winds for coastal Otago.
Highs: 18-23