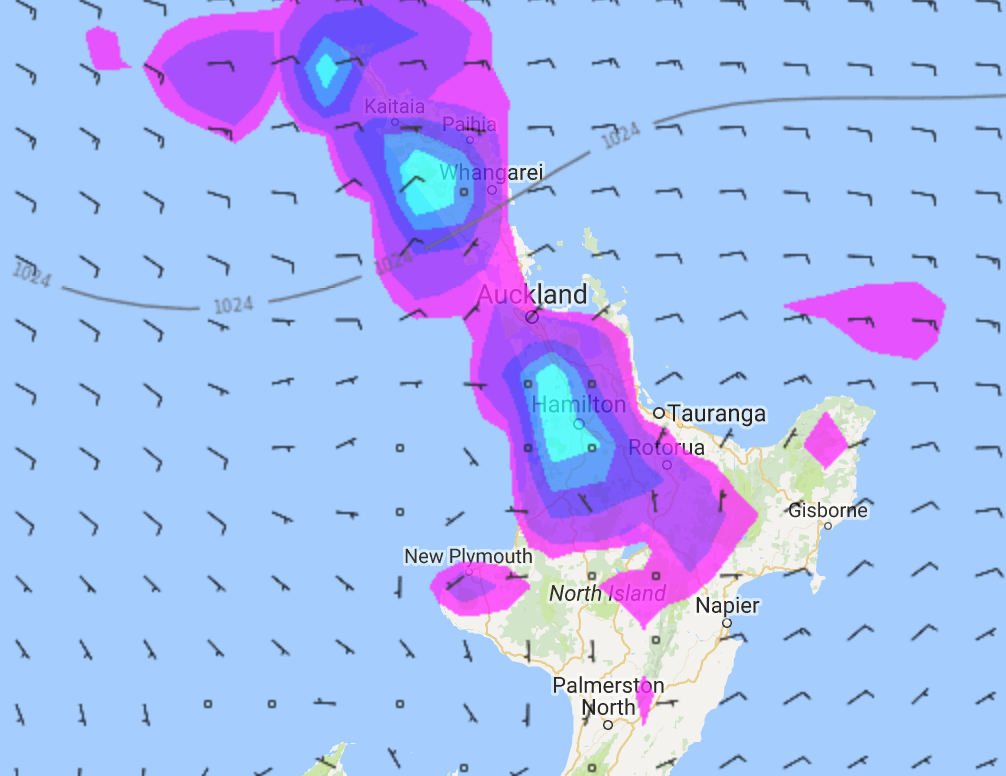 Today we have another day where there is the potential for downpours and thunderstorms. Due to the amount of cloud cover about for the upper North Island thunderstorms may not develop as intensely as yesterday, if at all. A more dominant east to northeasterly breeze today is not letting a convergence to form in western areas, it may still happen yet but not currently.

The most likely spot for any reasonable convergence appears to be western Waikato according to modeled information so keep an eye on that area for later this afternoon and early evening, cloud cover may still hinder good convection.

General downpours however are tracking across Northland for the most part currently and also isolated heavy showers are developing about southern parts of Auckland and the Waikato which could be a sign of things to come. Thunderstorms are funny things and what may seem promising initially isn’t necessarily where the really good activity eventually develops.