To the north – Situation & outlook for Tuesday 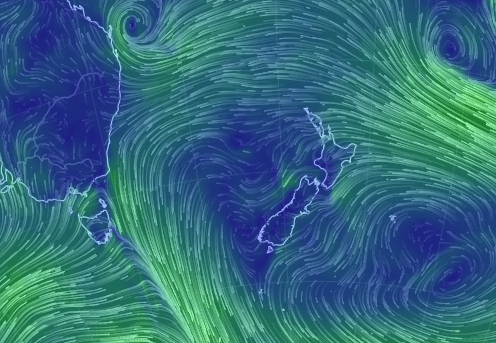 On Tuesday we have a north to northeasterly airflow over the country with a high pressure system right out to the east of NZ.

A few isolated showers may develop over parts of the country due to some instability, while a weak low forms over coastal Otago in the afternoon.
This will bring a slightly higher risk of isolated showers later on in the afternoon and towards evening, as well as the possibility of a heavy fall – and even a thunderstorm – though this should only affect inland parts of the region.

All in all a fairly settled and calm day for everyone else.