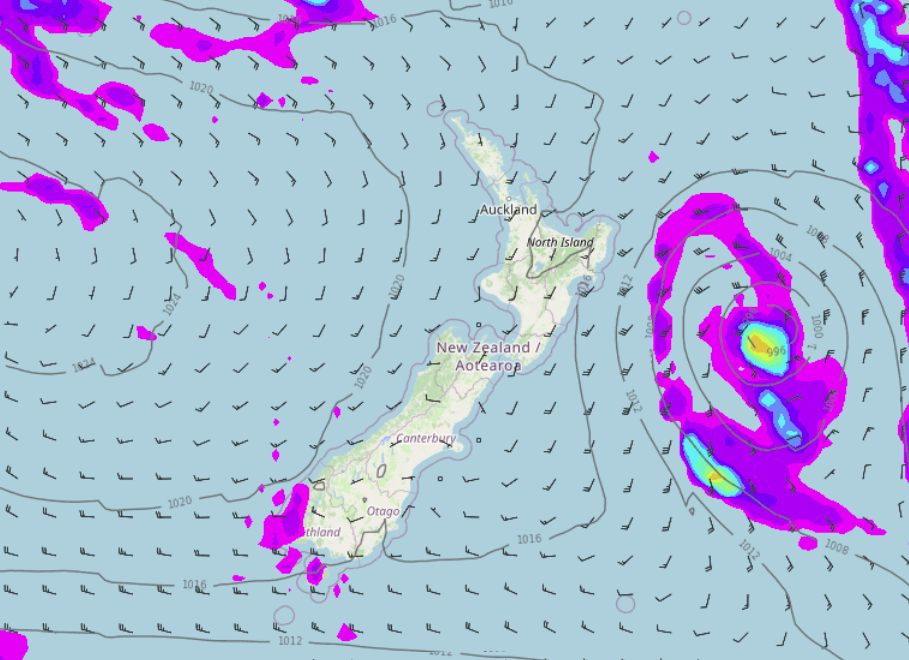 Conditions are mainly settled thanks to high pressure moving in from the Tasman Sea, we do have strong southwesterlies about the eastern North Island this morning but these winds will ease.

Western North Island (including Central North Island)
Morning cloud breaks away to a mostly sunny afternoon, southerly winds (breezy at first) gradually ease then die out in the evening.
Highs: 13-19

Eastern North Island
Cloud breaks to sun in the morning for Wairarpa, further north morning showers clear then sun increases in the afternoon. Fresh southwesterlies, strong to gale on the coastal fringe, gradually easing and dying out at night.
Highs: 16-18

Marlborough & Nelson
Any early cloud clears then sunny, southerlies die out tending easterly in the afternoon for Marlborough, afternoon northerlies for Nelson.
Highs: 17-18

Southland & Otago
Partly cloudy skies for Southland, chance of a shower for coastal areas, westerly winds. Otago has mostly sunny weather with a touch of high cloud after a cold start inland away from the coast, light winds.
Highs: 17-18