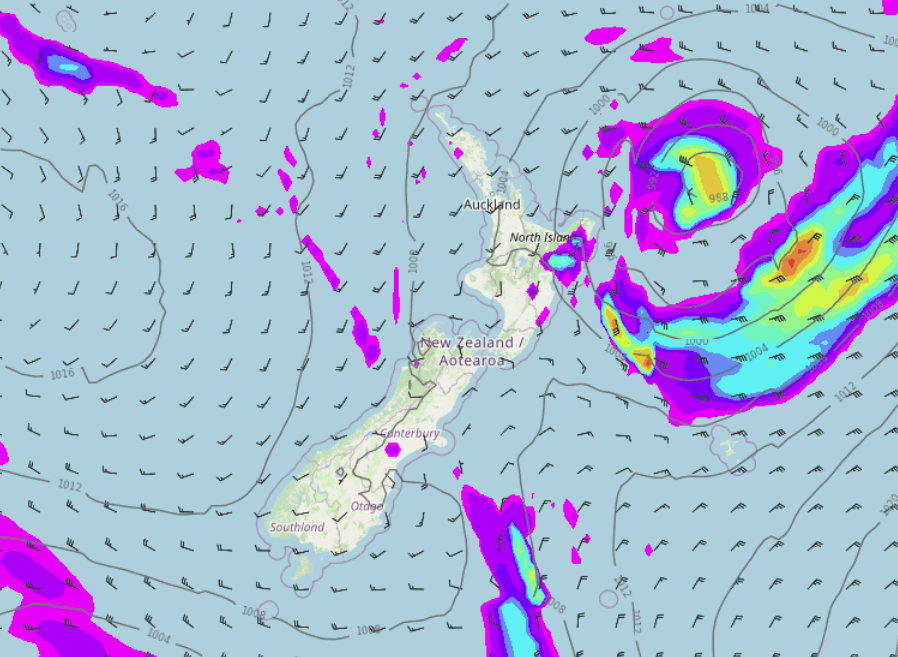 A low to the east of the North Island pumps some heavy rain into East Cape through to Hawkes Bay today, gradually easing from afternoon. Meanwhile a cold front pushes northwards over the South Island.

Western North Island (including Central North Island)
A mix of sun and cloud, risk of a shower otherwise mainly dry. The Central Plateau has a higher chance of showers. Light southwesterlies.
Highs: 19-24

Eastern North Island
Mostly cloudy with showers, Hawkes Bay and Gisborne has heavy rain, starting to ease from afternoon, winds from the south. Wairarapa has showers with easterly winds. Later in the evening or overnight southwesterlies become gusty about the coast.
Highs: 21-23

West Coast
Morning showers, rain about Fiordland then clearing up in the afternoon with a few sunny spells breaking through. Southwesterly winds develop  before midday.
Highs: 19-25

Southland & Otago
Morning rain clears Southland then sunny spells increase, blustery west to southwesterly winds die out in the evening. Otago has a few showers around midday as northwesterlies change to the south, some sun may break through.
Highs: 16-19