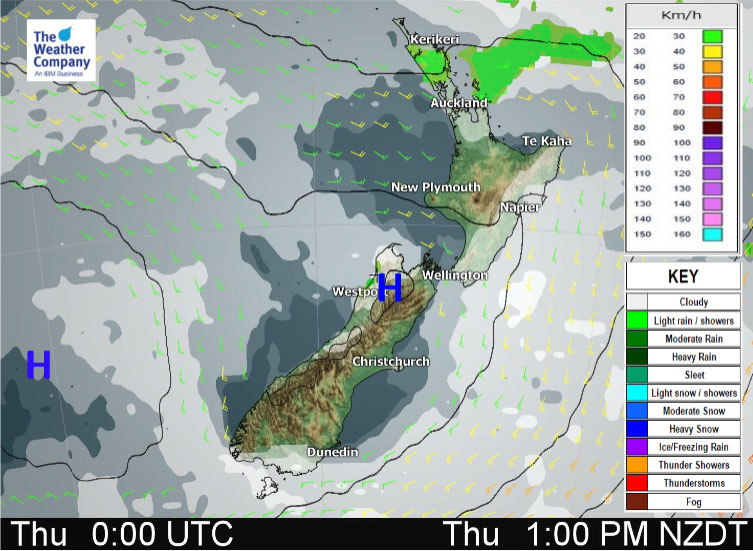 Northland, Auckland, Waikato & Bay Of Plenty
A mix of sun and cloud, a few isolated showers about western Bay Of Plenty and Coromandel then spreading to Auckland and Northland late afternoon / evening. Showers for Auckland and Northland will be quite isolated and definitely not a guarantee of showers, Northland has the slightly higher risk. Winds are light tending east to northeasterly in the afternoon.
Highs: 20-25

Eastern North Island
Cloudy areas with southwesterly winds, there may be a shower at times mainly about coastal fringes otherwise mainly dry.
Highs: 17-20

West Coast
Mostly sunny with light winds tending north to northwest in the afternoon, some cloud Greymouth northwards feeds in off the Tasman during the day bringing the odd light patchy shower.
Highs: 18-23

Southland & Otago
Mostly sunny with light winds tending west to southwest in the afternoon, some cloud for coastal Southland.
Highs: 15-22