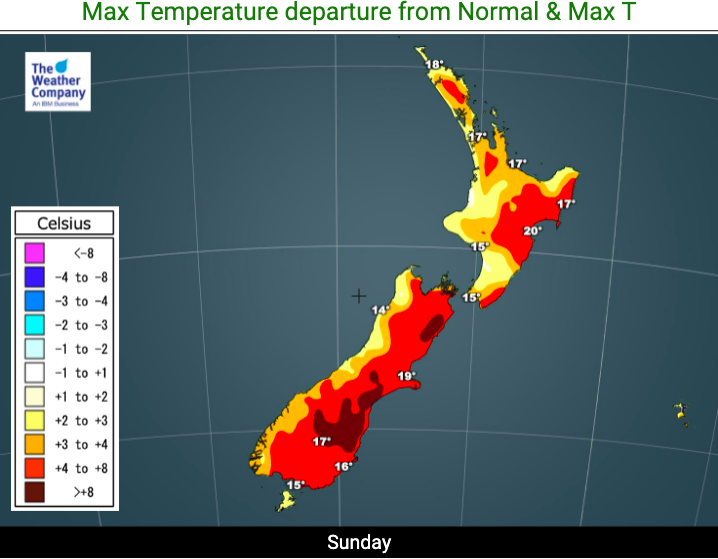 Early spring westerlies will push back over parts of NZ today with the South Island’s east inland warming up over 8 degrees above normal by day.

The mild west to north west winds will also affect the North Island with many regions a few to several degrees warmer than normal for late August.

Apart from a few showers on in the North Island’s lower western side and some rain and showers on the West Coast the rest of NZ looks dry.

Refer to www.RuralWeather.co.nz for more local details – it has more weather data for NZ than any other website!