Sunday’s national forecast – Dry and settled for most 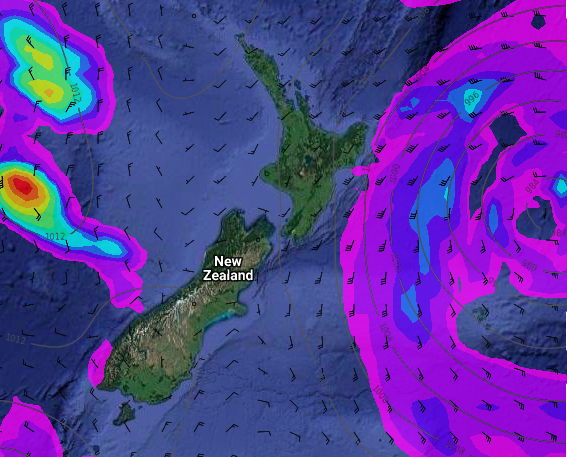 After a week of rain, wind and cloud for the North Island the big low responsible is now truly moving away to the east allowing some high pressure to push in over the island.

The South Island continues their powerful run of settled weather under high pressure.

Winds: Strong S to SW winds continue around Hawke’s Bay all day today, especially in coastal areas furthest to the east (closest to the departing low). Elsewhere winds are light, or are easing from the Southerly quarter as high pressure builds.

Skies: Mostly sunny, especially inland, but clouds do linger in some coastal regions.

Highs: Warmer than average this afternoon in many places after a fairly cool morning this morning. Temps: 12 to 18 degrees with some South Island inland areas several degrees warmer than normal for this time of year.