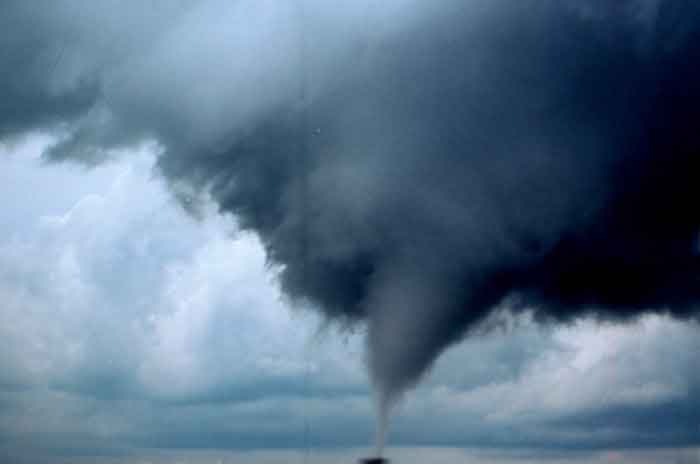 A storm chaser in Oklahoma last week, stuck in a traffic jam caused by other chaser’s cars, had to sit and watch as a tornado roared over the chase car blowing out all the windows. Everyone walked away alive, but with cuts on their face and heads from flying glass.

A storm chaser, relying on outdated radar from a slow internet connection, found himself smack dab in the eye of the storm in Valley Park, MS on April 24. He walked away without a scratch, but that same storm cell killed at least 10 people.

In the past month, there have been several reports of storm chaser’s getting too close to the storm. Some are doing it intentionally. Most are not. But it raises the question of why chasers do what they do.

Some do it for the money. Media outlets will pay for the “money shot” of the tornado roaring towards them. Others do it for the scientific fascination. Still others say it’s an adrenaline rush. For most, it’s a combination of those factors.

I would love to go storm chasing in the US. I have seen many programmes on it and you would definately want to go with an experienced guide with local knowledge and up to date internet information! So roll on my lotto win as it would be expensive and probably not covered by any form of travel insurance. Would probably pay to invest in a good pair of adult diapers too! But imagine the pic’s I could send back! Even if they were my last!

Hey Melissa, sounds exactly like my idea of fun too. Also would have to be a lotto win for any chance of me heading out there for a month or three to get some sweet tornado videos/pictures. Be a trip of a life time tho that’s for sure!