Home > News > Southern Oz States about to feel the hea...

Southern Oz States about to feel the heat 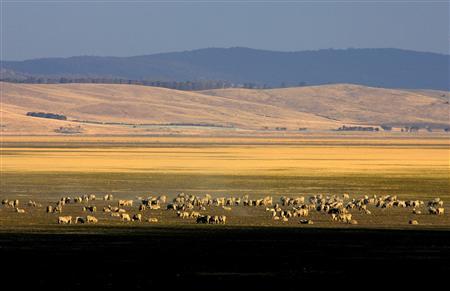 A very high fire risk is in place today and the next seven days as much of Victoria and South Australia are set to see temperatures soar.

Adelaide over the next seven days is set to see temperatures of near 40 degrees and above with parts of the northern areas of the State closer to 45 degrees.

Melbourne is also likely to see a similar heatwave but other parts of the State are vulnerable to fire as conditions are tinder dry and temperatures could also close in on the mid forties.

The Fire Service in Victoria believes this is the first hot summer since Black Saturday in 2009 where many perished on that day due to a major bushfire outbreak.

It appears that this summer in the state will be a hot one compared to the relatively mild summers over the last two seasons.

Many Australian cities are also expecting high temperatures today with Hobart and Canberra topping out at 32 degrees, Darwin 34 and Alice Springs a roasting 44 degrees.

Sheep on a dry lake bed in South Australia