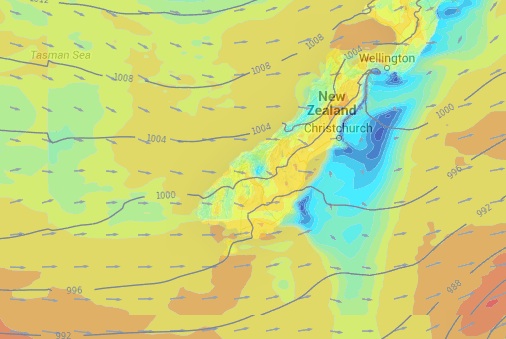 A quieter overall outlook for the South Island today, as a fairly weak northwesterly airflow sits over the southern half of the country.

Starting at the top, Nelson and Marlborough are looking pretty clear, though there’s the chance of a shower for Nelson early on, with any gusty winds easing in the afternoon.

Canterbury is looking at developing southerlies in the morning, which will bring cloud and a few showers, especially about South Canterbury in the morning, and further north in the afternoon. Showers may be heavy in patches, though they will clear by evening. Winds will be moderate, tending southerly.

In Otago, some potentially heavy morning showers will clear and give way to sunshine and cool southwest winds. Westerlies will freshen about Southland in the morning, and become brisk as showers move in during the morning – though these will be gone by the late afternoon/early evening.

And on the West Coast it’s a similar story – with morning rain easing to showers and then clearing by evening.