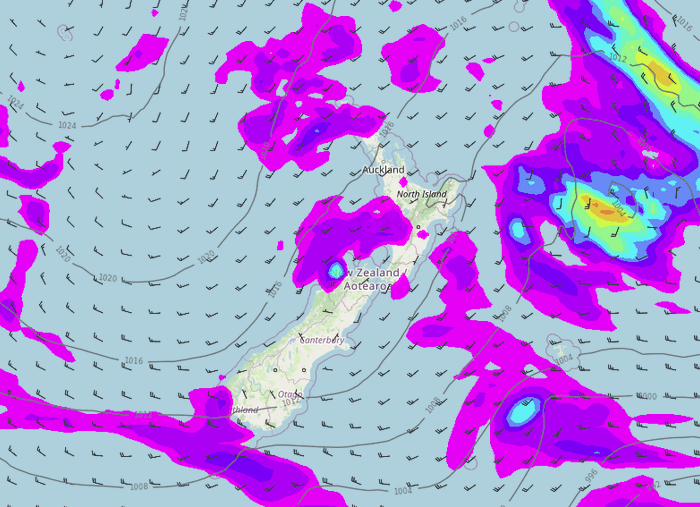 A southwesterly airflow lies over New Zealand today, we can expect a few showers, mainly in the west. Very frosty for the South Island this morning especially inland.

Eastern North Island
Partly cloudy, chance of a shower, clearing in the evening with southwesterlies easing and dying out.
Highs: 10-14

Wellington
Any early showers clear then sunny, southerlies die out in the evening.
Highs: 10