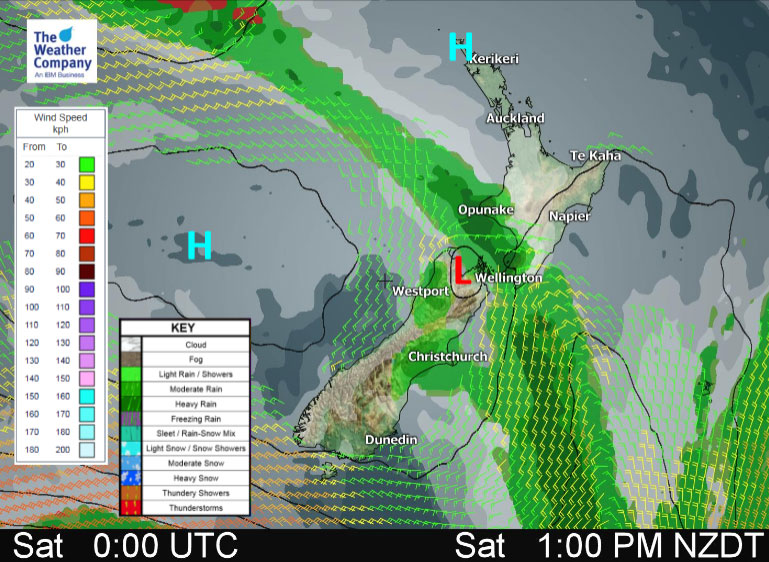 A front moves off the upper South Island then onto the lower North Island this morning, it will weaken quickly as it does then a ridge of high pressure pushes in from the Tasman Sea.

Western North Island (including Central North Island)
Some rain develops during the morning, clearing afternoon as northwesterlies change westerly then some sun breaks through later in the day.
Highs: 21-25

Marlborough & Nelson
Early rain eases to a few showers then clearing before midday, afternoon sunny spells break through. Winds change southeast in the morning then dying out at night.
Highs: 20-25