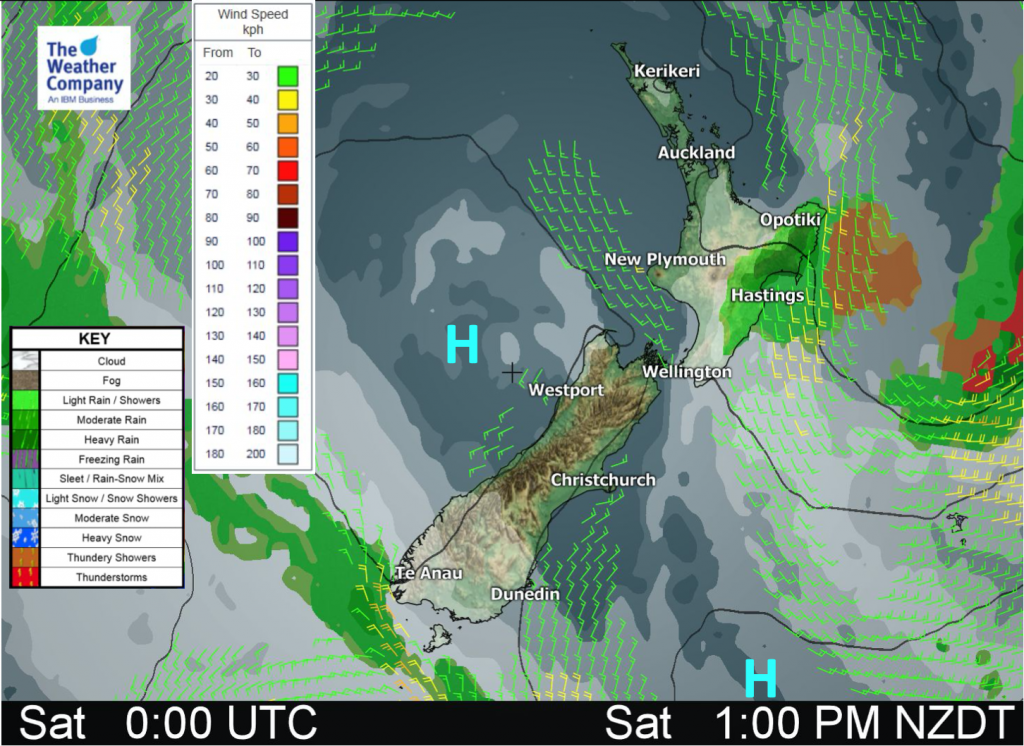 Mostly anticyclonic today for the South Island meanwhile a southeasterly airflow moving around this high pushes over the North Island.

Mostly sunny for the South Island today, expect areas of morning cloud especially in the east then breaking away. East to northeast winds pick up from afternoon in the east, west to southwesterly winds in the west. There may be a touch of high cloud about the far south.