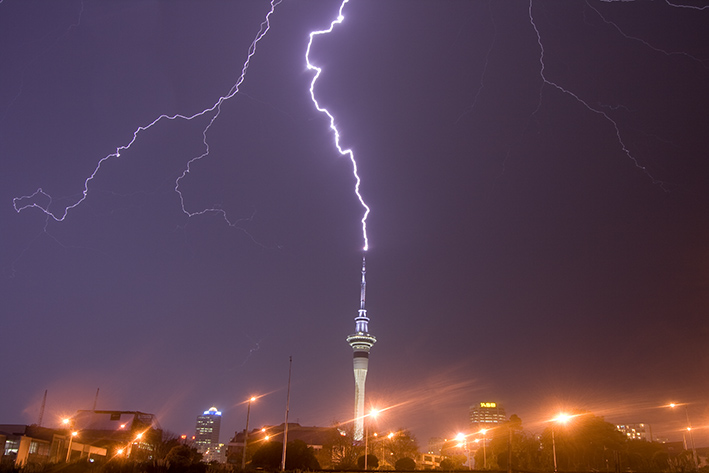 It’s looking increasingly likely that a low in the Tasman Sea will bring the first period of rain in over two months to Northland and northern New Zealand early this week.

While computer models still aren’t 100% agreeing on exact rainfall totals it is looking likely that a period of rain and isolated thunderstorms could give farms and water tanks a significant helping hand early this week.

Latest weather maps show a low forming in the Tasman Sea bringing a front across Auckland and Northland in the early hours of Tuesday morning.

While rain may not be as widespread as many would want isolated regions may see some solid rainfall totals from late Monday through until early Wednesday.

The low is unlikely to be very deep but WeatherWatch.co.nz head weather analyst Philip Duncan says it is appears to be marking a significant change in New Zealand’s current weather patterns.

“This low on its own is unlikely to end the drought however it is looking likely that it is the beginning of a new weather pattern over New Zealand that should see more low pressure systems forming in the Tasman Sea”.

“This is first real change we’ve seen in the north’s weather patterns for months”.

The weather pattern change could also see more rain for other dry regions such as Otago, which saw some rain across Friday and Saturday.

“With the highs weakening over the country we may well be coming to the end of weeks of dry weather for the north and seeing far more changeable conditions”.

WeatherWatch.co.nz’s long range forecast for Auckland shows a good chance of rainy or showery days over the next 10 days.

I appreciate all you do… *thumbs up*

Like Kerry, I also wonder where your details come from. We last had good rain in December. Since then our temperatures have been phenonemal. I have a thermometer hanging in the shade of a tree and have had regular maximums of 28 – 32 degrees Celcius. Today it reached 28. Our climate was hot, humid and still with no breeze.

where are we? In the North Waikato.

All the forcasted rain has only resulted in two falls of 3mm and 3.5mm, neither of which are of any use at all.

There is no green grass, all the paddocks are brown, and most dairy farmers are really worried about winter feed for their herds.

I am really interested where you get your data from…. The Far North, Coopers Beach has not had any decent rain for at least four months…. not two like you have said .3 or .6 is that classified as rain???… as for your prediction we shall wait and see….

We use a number of computer models and data provided to us by the Weather Channel… while this won’t be the silver bullet we’re looking for it should mark the beginning of some wetter weather.

Unfortunately our data for the Far North shows a lower likelihood of rain over the next few days – around 50% confidence as opposed to 80% further south in Northland.

If you go to http://www.weather.com and type in Kaitaia or Whangarei you can see some fairly accurate percentages for rainfall.

We hope you get some good rain as I know Coopers Beach is especially dry.