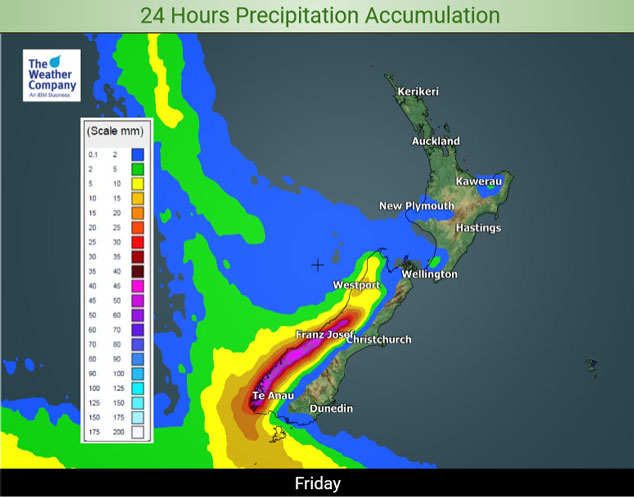 Showers for the West Coast of the South Island today, turning to rain about Fiordland this evening and becoming heavy, these heavy falls spread a little further northwards overnight. Dry for eastern regions of both Islands.

Expect the odd shower about eastern Bay Of Plenty / western East Cape in a north to northwest airflow. Low risk of an isolated shower in the afternoon about Waikato and the rest of Bay Of Plenty.

Rain eases to showers in the morning for the West Coast of the South Island on Saturday, dry for eastern regions once again although a spit or two may get into Southland spreading from the west. Taranaki through to Kapiti sees a few patchy showers during the day, dry elsewhere in the north.

Mainly dry for a majority of the country on Sunday however Southland, the southern half of Otago and Fiordland may see some rain from a front sliding past the lower South Island during the day moving in a west to east fashion.