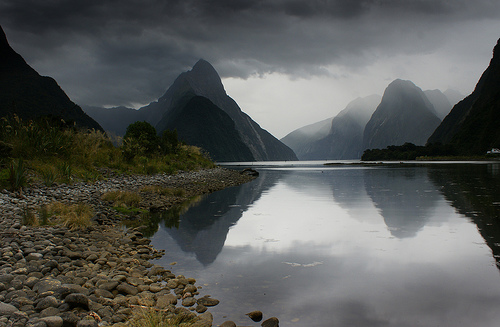 Times appear to be changing across the country in terms of weather patterns and for most of us it’s a welcome relief.

Many drought affected areas have seen rain of varying decriptions and although in most cases it’s not a game changer the promise of more within the next week to ten days should satisfy some customers.

One low has delivered rain for parts of the country and even though some areas have basically received nothing other areas have benefitted from it.

“We’ve had reports of more than four inches or one hundered millimetres across the Far North and yet just down the road it’s only been enough to dampen the ground” says weather analyst Richard Green.
“Monday appeared to look particularly wet over the north but took its time to kick into gear but by Monday night it was coming in with rain and wind”.

WeatherWatch is also picking colder air to sweep over the south this coming weekend and give a hint that winter is now just six weeks away.

This cold air will also be timed with another low affecting parts of the country and yet another one (low) next week could also be in the wings.

“Anticyclones have been top of mind with our weather in recent months but presently and in the not to distant future only one or two appear to be hanging in whereas troughs, lows, depressions and fronts seem to want to deliver what we’ve been waiting ages for” says Mr Green.
“Of course it’s not looking to be relentless rain but belts of showers or rain are looking more likely especially in eastern areas over the next week or so.It might not be a great start to the holidays but looking at the bigger picture it’ll help those in rural areas”.

These rainmakers should just continue to chip away across drought affected regions and when early May arrives it might see an easing for a time but an active weather pattern to the north, west and south of us will hopefully see further systems passing over us on a more frequent basis as winter edges closer.

It sure is ugly in Hamilton today. Gale force winds with lateral rain. Maybe the drought was good after all

Did you say that out loud Dave?

All good and it sure is a change!!