RainWatch – Showers in the northeast and South Island’s west 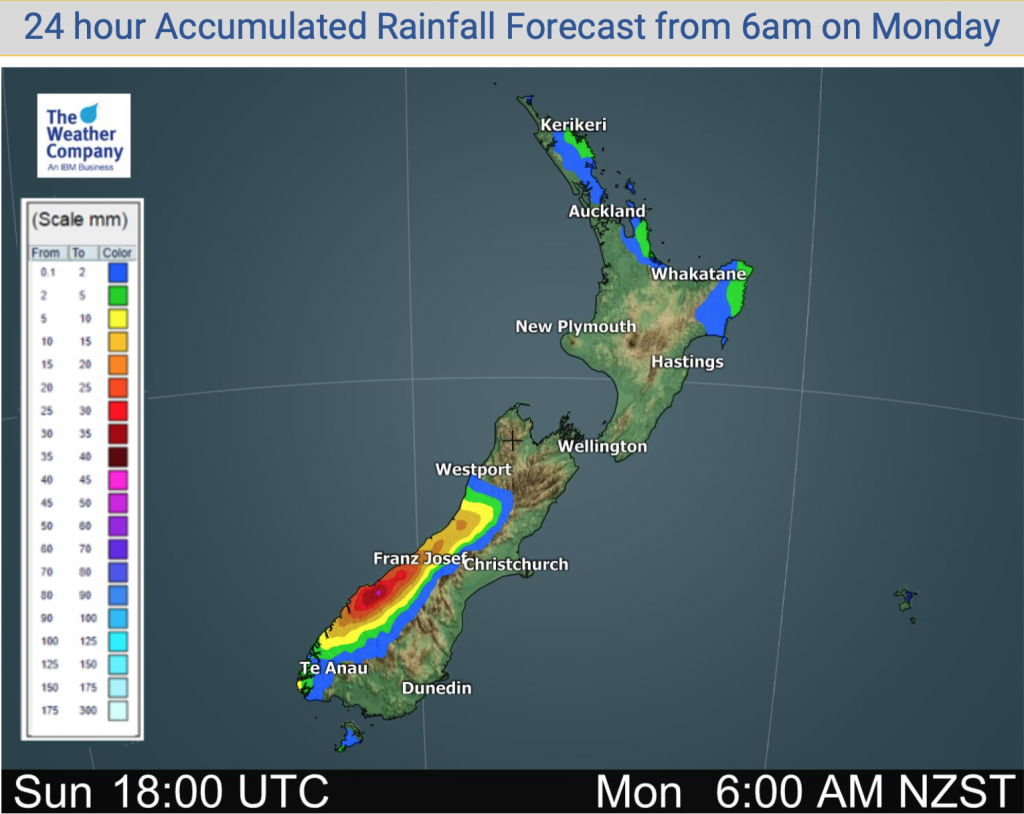 An easterly airflow pushing over the North Island brings a few showers to exposed northeastern areas today from eastern Northland down through to East Cape. Mainly dry elsewhere apart from the West Coast of the South Island which sees rain south of Westport.

Similar on Tuesday however only a few showers for East Cape in the North Island. Patchy rain south of Westport eases for the West Coast of the South Island.

Wednesday is quite dry for most of New Zealand, overnight some rain most onto the West Coast of the South Island. The map below is a 3 day accumulation map from Sunday 2nd August through till 5th August 6am Wednesday morning.