PHOTOS – Your pics from around a chilly NZ 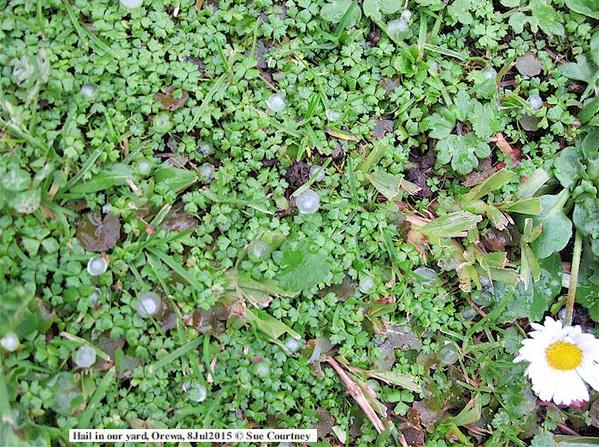 It’s been another cold day around much of New Zealand – and we’ve seen pictures come in from our readers around the country – so we thought we’d show some of our favourites off!

Check out the best images from our Facebook and Twitter accounts – and keep them coming in – we’ll try and put as many up as we can before the day is out!

@WeatherWatchNZ @PhilipDuncan very light dusting of snow on the top of hills outside Hamilton this morning pic.twitter.com/ZBZdlFpXZb

@WeatherWatchNZ my weather vane today Seatoun heights, we’re in the lee and I’m in the spa pic.twitter.com/pvwC9f07w0

Snow reported on Mt Te Aroha down to 800m (between Auckland and Tauranga).

– Geoff Blackmore “It’s so cold in Auckland this morning that ice pellets (not hail or graupel) are falling in Swanson, sometimes on their own, and sometimes mixed in the drizzle. It began at 0507hrs (Thurs) and is likely to continue until the sun comes up.”

They have photos of snow on the hills around katikati in the medical centre and ist half way down the kaimais….the bushy hills that is

Sure was chilly this morning! Lovely pics from around NZ.