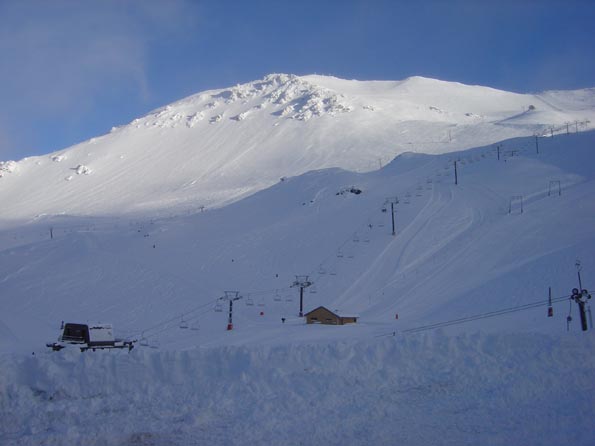 The second New Zealand skifield has been scheduled to get underway this weekend and the next two weeks sees numerous fields operating for the first time this year.

Mt Hutt, Canterbury had marginal conditions earlier this morning due to a low moving in and conditions were deteriorating with rain and snow expected to increase throughout the day.

The lead up to today had been excellent with 70cm on the upper part of the mountain and 50cm towards the base.

All of the main tracks had been groomed and all facilities would be operating today, except for the triple chair and lowest fields below the car park plus obviously the weather conditions also play a part.

Mt Hutt usually attracted about 1200 visitors a day and they’re hoping for a busier-than-average opening day, but it would depend on the weather.

North Island skifields are likely to be all go within the next fortnight and looking good as snow bearing systems approach the mountains this week and next.

Australian skifields saw a little more snow action this week but not to the degree of what has been seen recently on this side of the Tasman.