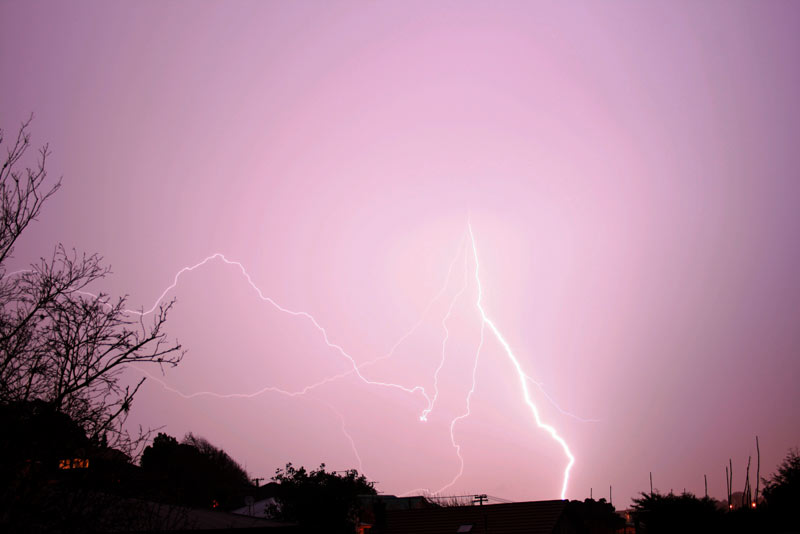 The second large depression from the Tasman Sea is about to move on to the country helping fuel more possible severe weather in both islands: heavy rain in the north and heavy snow in the south.

Head weather analyst Philip Duncan says it’s still too early to know if the rain will be heavy for Gisborne but says the low is certainly one to watch.  “This low is coming from a slightly different angle but by Sunday may well end up in the same position as this week’s low.  Another low hot on the heels of flooding is always cause for concern”.

Mr Duncan says the long range weather maps are still a little messy but they have consistently pointed towards another wet event for northern New Zealand between late Saturday and Tuesday.

“We may also see more thunderstorms rumbling in from the Tasman Sea as the low moves through”.  Duncan says if there is any thunder it will most likely be between Saturday night and Sunday morning in Auckland.

As of Wednesday afternoon MetService had issued a severe weather outlook for Otago, Canterbury, Kaikoura, the Wellington region, Wairarapa and Hawkes Bay warning of possible heavy snow between Saturday and Monday down to 500 metres.  Their confidence is low for all regions at this stage except Canterbury which they rate as ‘moderate’ for heavy snow across Saturday and Sunday.

WeatherWatch.co.nz says the data is still pretty inconclusive as to whether or not snow will fall to low levels, but either way it predicts wintry rain and sleet to sea level.  “Highs of only 6 or 7 and rain and cold south easterlies.  It will be very cold and wintry across the east coast of New Zealand this weekend.  While we haven’t ruled out the possibility of some snow to sea level we just aren’t ready to say that it’s likely”.