New Zealand Summer: Why are we waiting? 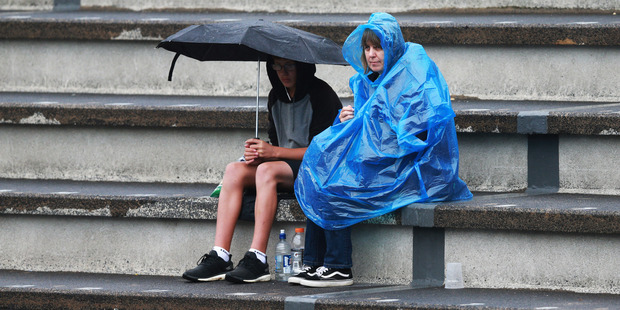 It’s a hot topic debating the start of summer – some believe it should be hot by December 1, others say not until February.

Whatever your view, the cold miserable weather so far this year in many parts of the country isn’t the usual weather we see – but it’s not out of the question either.

So why is summer spluttering?

Simple: our location on earth. Aotearoa – land of the long white cloud. Not land of the hot, dry, sun.

Take a look where New Zealand is on the globe from a different perspective – like using Google Earth to change the angle so north isn’t at the top.
By doing this you’ll get a better understanding about why we’re so vulnerable to an unsettled summer weather pattern.

We’re basically two small islands in the Roaring Forties, exposed to weather systems coming out of the Southern Ocean. If high pressure systems aren’t over us then often we have wind or changing weather.

Which leads us to where we are now – with highs not over the top of the country for the most part. Instead we’re frequently seeing highs over the Tasman Sea, around southern Australia, then tracking up further north to northwest of New Zealand or brushing the upper North Island.

Without the highs parked over us we’re getting a lot of change – and change is not your friend in summer if you’re looking for long, hot sunny days.

This week this changeable pattern brought a deepening low to the south east of Dunedin – coupled with one of those highs in the Tasman Sea meant the south to southwest change around Wednesday and Thursday dredged up a cold snap.

And what a cold snap!

At dawn last Thursday temperatures as far north as Waikato and Bay of Plenty were down to 6C, while frosts occurred inland around the Southern Alps. Twizel dropped to zero.

So when does our summer improve?  No easy answer due to our chaotic location, but trends in the weather models do show more southwest changes – but hopefully becoming less frequent and strong.

Over the next week or so we’ll see hotter, drier, weather returning to many eastern and northern parts of the country. It may take another few days to get there but daytime highs shift back up for a time next week.

Many other areas in the west and south may be a little cool with winds off the Tasman Sea or Southern Ocean keeping highs down in the mid to late teens, or even lower – especially in Coastal Southland where most of the next 10 days have highs of just 12-14C and only a couple of days warmer than that.

So why is summer spluttering? Simple: our location.

The wettest weather remains on the West Coast.

Sorry to be Captain Comedown.

Again next week we see another burst of wind, rain and cooler winds – mostly for the South Island and perhaps lower North Island.

The tropics are firing up now and by the end of January we might start seeing more heavy tropical rains slide down eastern Australia and potentially towards us.

It would make sense to see a shift to hotter weather later in January not just because that’s the January pattern – but also much of 2016 trended hotter than average, especially New Zealand.

As I write this, I’m glancing at Twitter’s reaction to the cold start in New Zealand as I look out the window of my hotel in Denver, Colorado in a snow storm.

The real reason for this trip is to visit Fargo, North Dakota in the middle of winter, to experience the bitter bleak cold. As it turns out, a major Arctic blast is hitting and I can expect windchills potentially of -35C.

So I guess even if it’s a bit chilly at the moment in New Zealand you don’t have to worry about stepping outside and getting frost bite in less than half an hour.

I’m currently in Rapid City, South Dakota and it is cold here, but felt colder in Missouri a few days ago. Watching the weather back home on my weather station south of Christchurch I’m not quite as upset at missing the NZ summer to holiday in mid winter in the U.S.

The best explanation I have read so far Phil, NIWA saying it is the hottest summer so far is a load of rubbish, to me it is cool due to the SW and all that you say here.
As usual you people at WW have the facts and why I really no longer read the rest.
Enjoy Dakota and hope when you return you bring our summer with you.
Happy New Year.

this is el nino still going