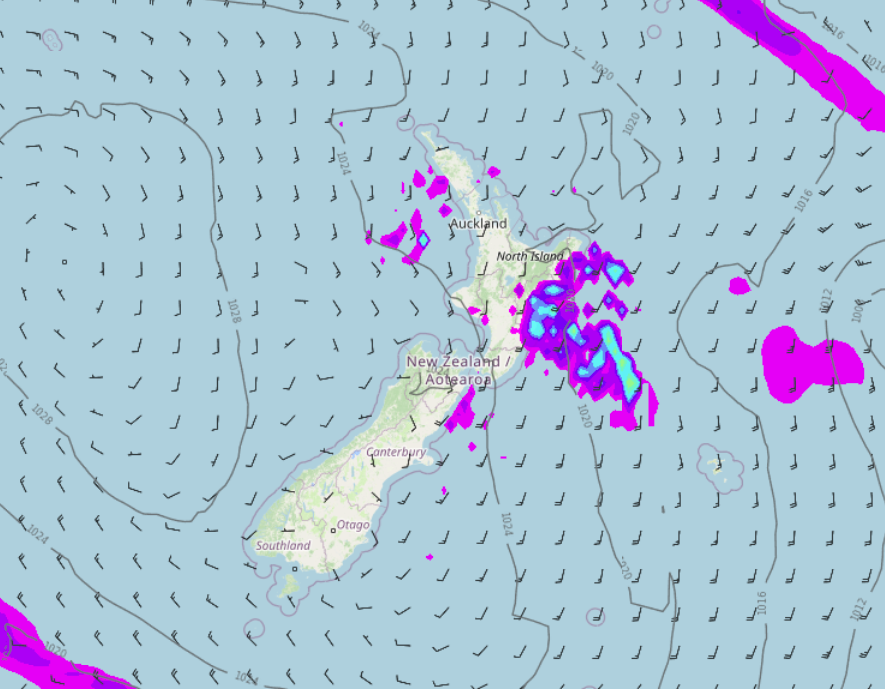 A ridge of high pressure pushes in over the South Island today meanwhile we have a southerly airflow further north.

A cold start for inland areas, there may even be a light frost about inland Alpine areas. Mostly sunny for the West Coast, any morning cloud clears about Southland and Otago then mostly sunny, some high cloud pushes northwards during the day. Canterbury has morning cloud, a few coastal showers clear then sunny areas increase from afternoon. Any morning cloud and showers clear Nelson and Marlborough then mostly sunny. Winds are light in the west and about the far south, further north expect southerlies (a little breezy about coastal parts in the east at first) to ease during the day.