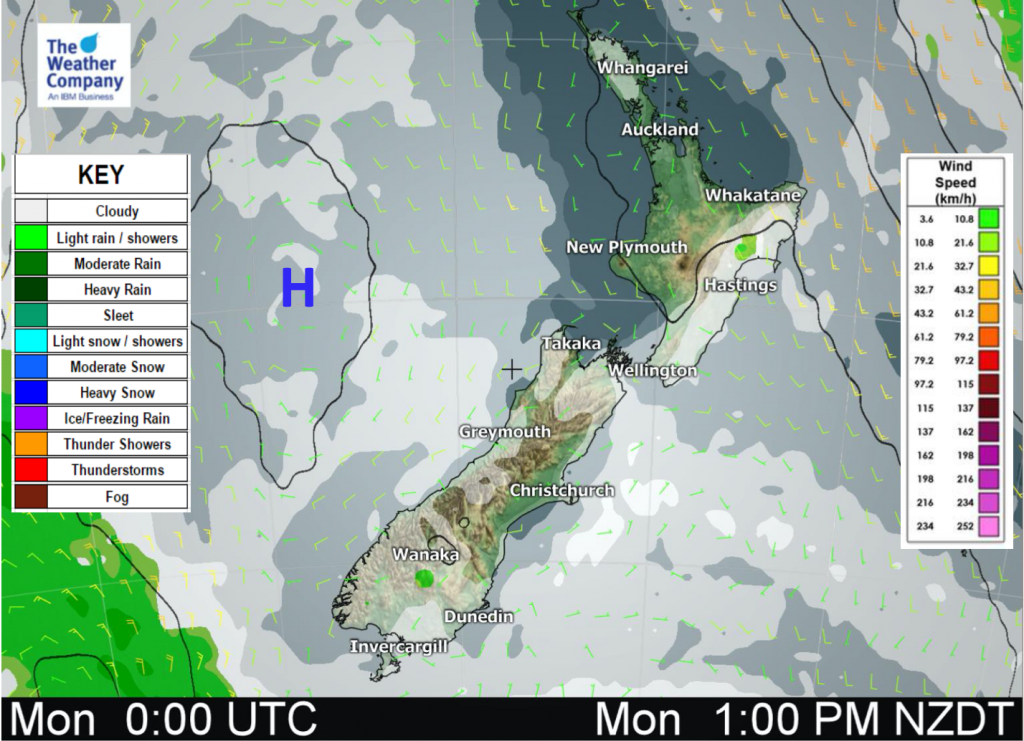 Mainly anticyclonic and settled today, meanwhile a large low lies to the northeast but mostly this shouldn’t affect our weather.

For the upper North Island expect a mostly sunny day with light winds then afternoon sea breezes. Fairly cloudy in the east with some drizzle, drying up from afternoon and some sun may break through, drizzle may hang about Gisborne through till evening, winds from the southeast.