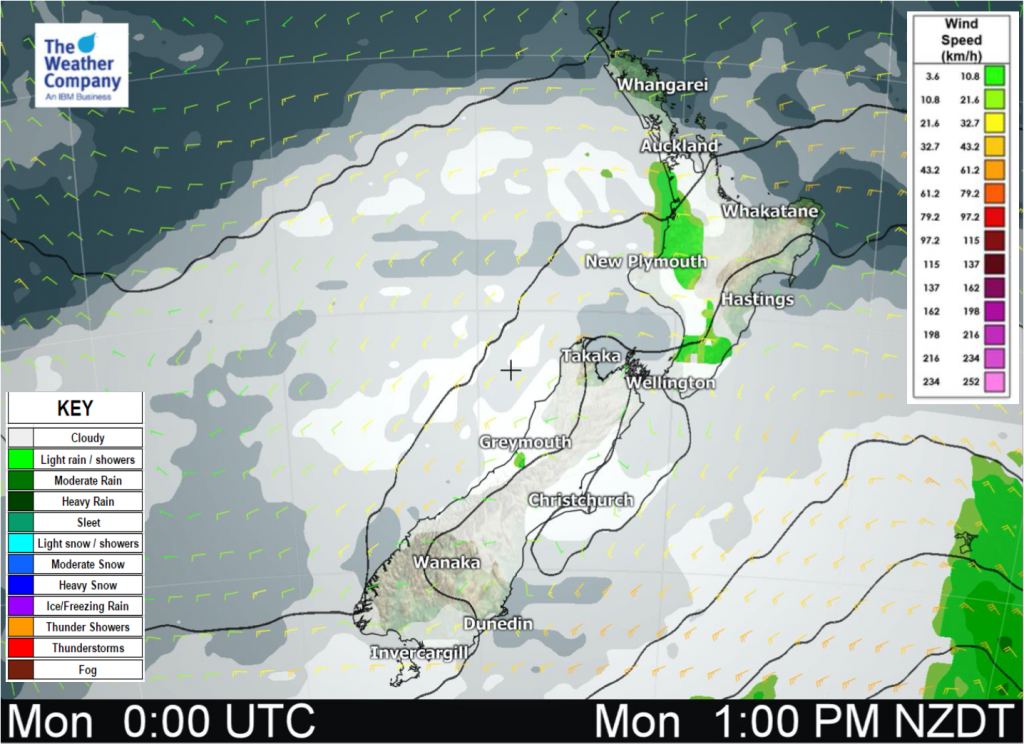 Mostly cloudy for the West Coast of the South Island, the odd shower also then clearing by late afternoon. Southwesterlies from midday. Mostly sunny about Nelson with some high cloud, light southwest winds tend northerly in the afternoon. Morning sun then cloud increases in the afternoon about Marlborough with south to southeast winds. Becoming cloudy this morning for Canterbury, chance of drizzle patch or shower otherwise mainly dry, southerlies tend to the east in the afternoon. Cloudy areas for Southland and Otago with southwesterly winds freshening, a shower or two possible this afternoon then clearing evening.