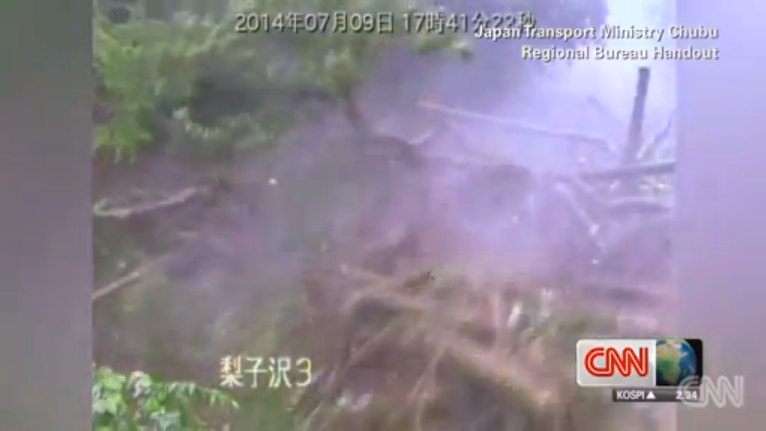 Heavy rain caused by Tropical Storm Neoguri triggered this intense mudslide in Nagiso, Japan on Wednesday. The video shows a muddy waterfall violently overtaken by an onslaught of trees, mud, and debris.

The mudslide destroyed numerous homes and businesses, killing a 12-year-old boy and sending more than 200 people to shelters in the area.

Neoguri strengthened to a powerful Super Typhoon earlier in the week, only to rapidly weaken by the time it passed Okinawa.
It turned east and struck the main islands of Japan, bringing heavy rain and gusty winds to the country.

Neoguri dissipated this evening, according to the Joint Typhoon Warning Center.

Another tropical storm is getting its act together in the western Pacific at the moment, and forecasters expect it to strengthen into a powerful typhoon with winds possibly reaching 125 MPH by the time it reaches the northern Philippines next week.