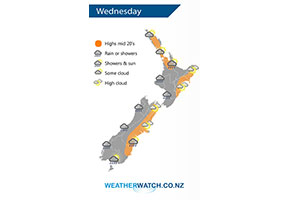 Areas of rain or showers for western New Zealand on Wednesday south of about Waikato, precipitation more persistent for the South Island’s West Coast. Mainly dry in the east however a cool southwest change moves into Southland around midday reaching Canterbury in the evening bringing rain or showers. 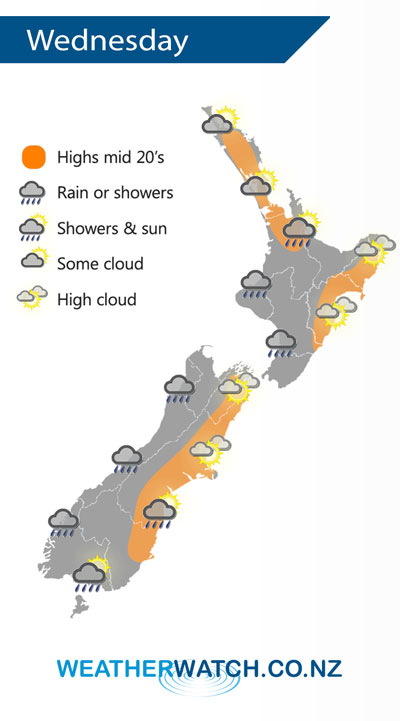