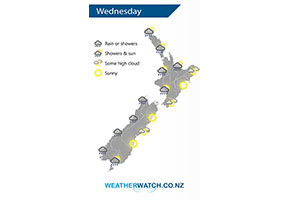 A northwesterly airflow lies over New Zealand on Wednesday with a few showers or some rain in the west, mainly dry in the east.

A few showers for the upper North Island on Wednesday morning then clearing with sunny areas increasing, showers may not clear Bay Of Plenty till late afternoon or evening. For the lower western North Island expect some cloud with the odd shower at times during the day. Mainly dry on the east coast although there may be a few spots of rain spread into Gisborne at times.

Rain or showers for the West Coast of the South Island, mainly sunny in the east although a few spots of rain may affect Southland and Otago for a brief time. 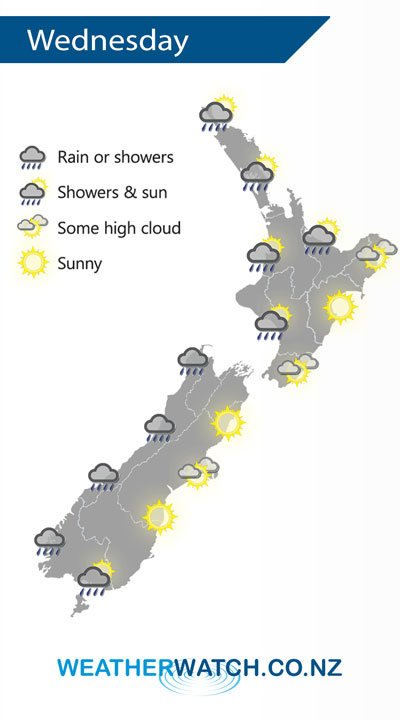