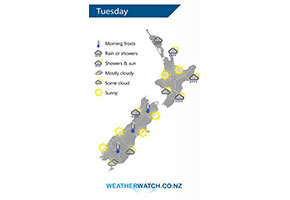 Quite anticyclonic on Tuesday, southeasterlies about the far north.

Rain for Northland on Tuesday, also a few exposed northeastern areas like northern Auckland, Great Barrier Island and the Coromandel. A shower or two continues to skim along the east coast during the day, mostly sunny out west after any morning cloud breaks away.

The South Island is fairly sunny, some cloud about North Westland may bring a shower or two however. Skies quite cloudy about Southland, sunnier the further north you move into Otago. 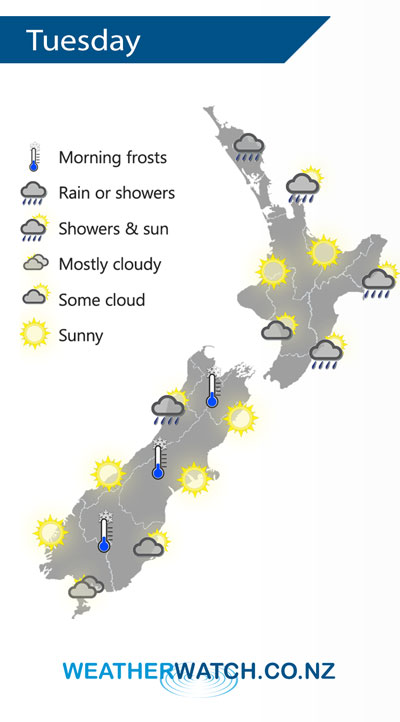