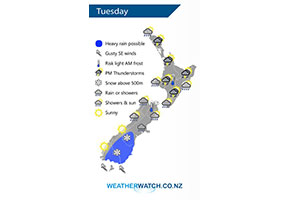 A large low pressure system brings unsettled weather to most of New Zealand on Tuesday, it may appear calm in the morning for much of the North Island then conditions deteriorate during the afternoon.

Dry in the morning for many North Island regions then showers develop in the afternoon, some becoming heavy with thunderstorms and hail then easing later in the evening. Winds mostly light tending onshore in the afternoon. 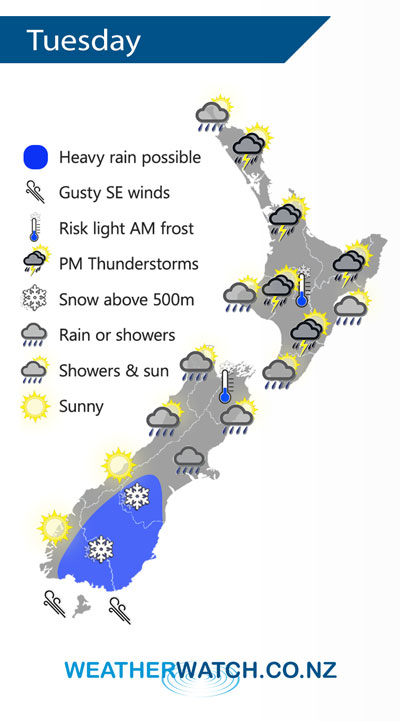