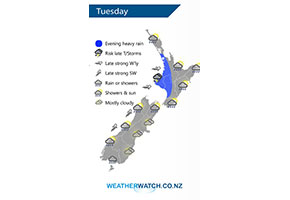 A low pressure system gradually passes over New Zealand on Tuesday moving from west to east, winds from the north changing to the southwest during the evening and overnight.

Early rain eases to showers for the western North Island on Tuesday, in the evening rain picks up with heavy falls and thunderstorms possible. For the east coast early rain clears then becoming mostly sunny, in the evening scattered falls may move in again spreading from the west. 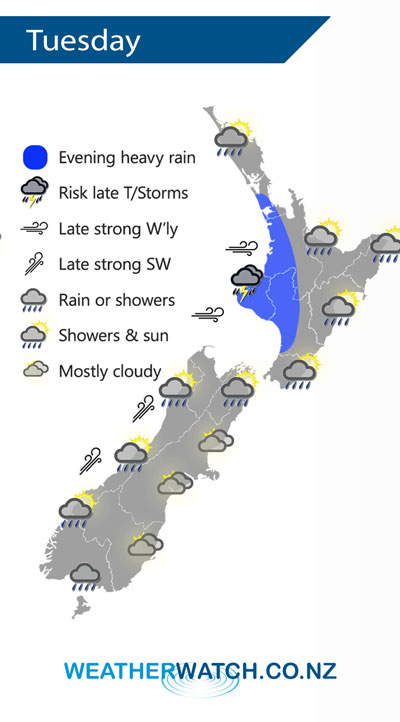