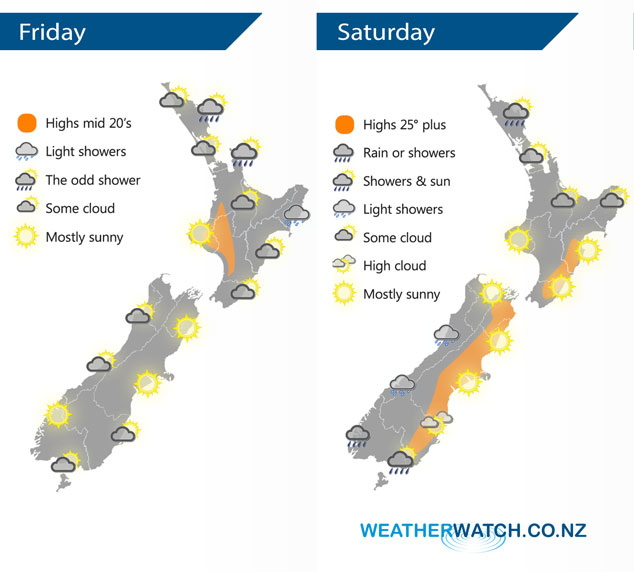 An anticyclone brings mainly settled weather to New Zealand today and on Saturday. An east to southeasterly airflow around this high brings the odd shower to some east / northeastern parts of the North Island.

A shower or two for Gisborne, Coromandel and Northland (especially in the east) today. Sunny spells elsewhere for the upper North Island. Morning cloud breaks about Wairarapa and Hawkes Bay to mostly sunny weather this afternoon. The southwestern corner of the North Island has a mostly sunny day. Mostly sunny for the South Island, there may be some cloud at times about the ranges along the West Coast and a little morning cloud in the east.

Expect a similar outlook for Saturday, cloud starts to thicken up along the West Coast of the South Island however bringing the odd light shower, more so about Fiordland.